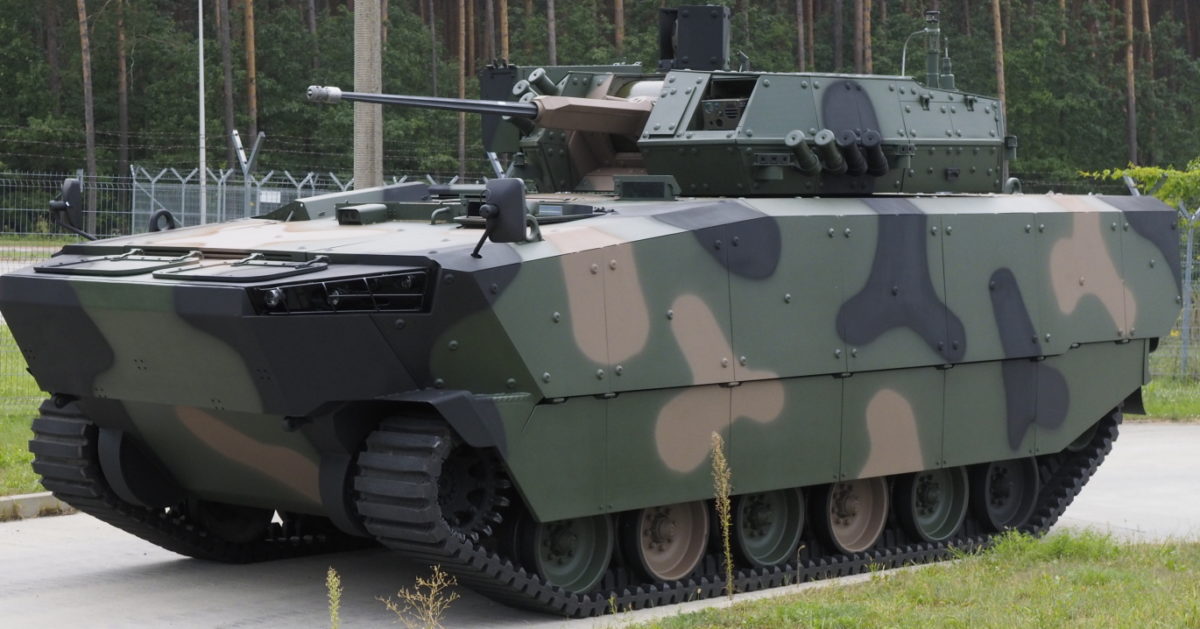 Huta Stalowa Wola, celebrating its 80th anniversary, is an enterprise built as the most important industrial infrastructure plant in the Central Industrial District and a factory with strategic importance for Poland’s security. Today, Huta Stalowa Wola is a company that uses modern technologies and systematically implements new solutions.

Visitors to this year’s International Defense Industry Exhibition, which will start on September 4th in Kielce, will be able to see the most modern artillery and armor weapons produced in the Huta Stalowa Wola SA. This year, the Company will present the New Amphibious Infantry Fighting Vehicle BORSUK(model) with a 30 mm Remote Controlled Tower System (prototype) and a 155 mm KRAB self-propelled howitzer.

BORSUK will be equipped with elastomer tracks, which are an alternative to the steel ones  presented on MSPO last year, while on the hull of the vehicle equivalents of the overall size and mass of armor will be installed. The currently presented model of the BORSUK vehicle is equipped with all elements of the target vehicle (prototype) in terms of overall size. The project under the code name “Borsuk” is co-financed as part of funds obtained from the National Center for Research and Development, with which HSW S.A. has concluded a contract as a consortium leader.

KRAB howitzers cal. 155 mm are considered the most modern and the best artillery equipment. They are a basic element of the division fire module REGINA’s equipment, which,  in accordance with the agreement concluded in December 2016 between Huta Stalowa Wola S.A. and the Ministry of National Defense Inspectorate of the Ministry of National Defense, HSW delivers to the Armed Forces of the Republic of Poland. The contract is the largest order in history directed to the Polish arms industry for a value exceeding the amount of 4.5 billion PLN.

“Participation in MSPO is for our company primarily the opportunity to present products of Huta Stalowa Wola SA. on a large scale. Here we can boast about our achievements and innovative solutions that can meet the high expectations of customers and have a real impact on the modernization of the Polish army “- says Bernard Cichocki, president of Huta Stalowa Wola S.A.