HSW S.A. is one of the laureates of the „Employer Friendly to Employees” contest 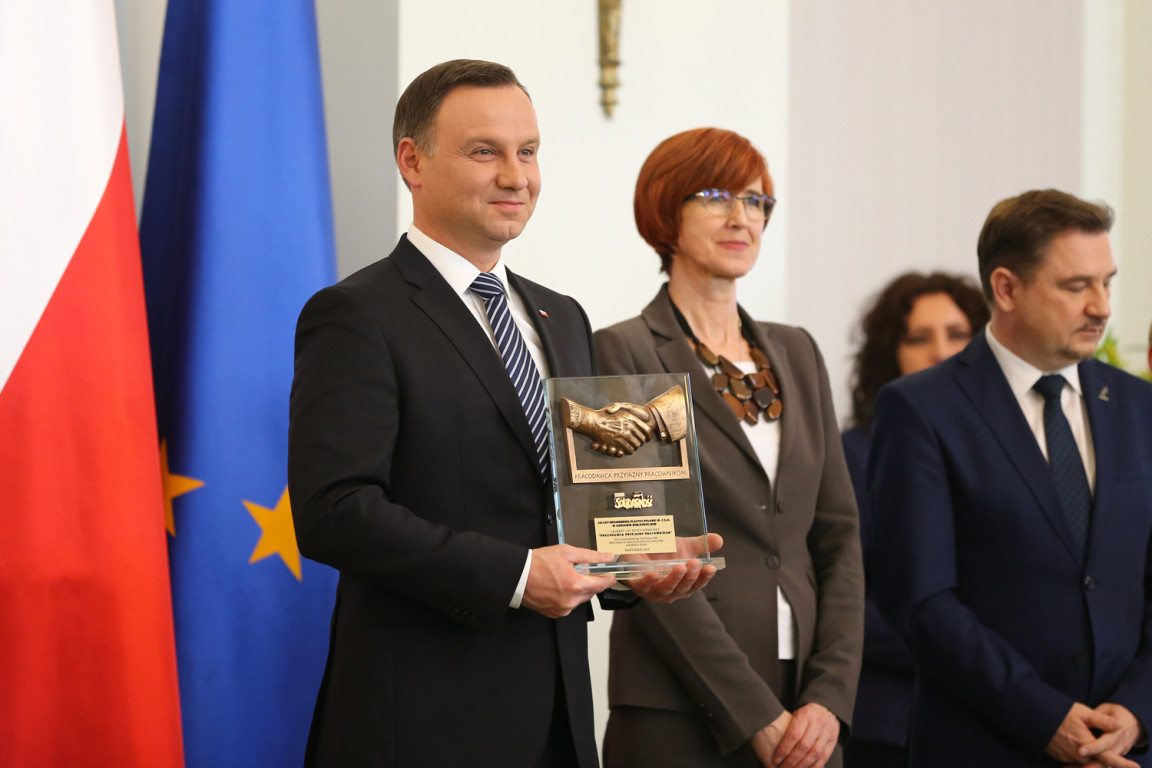 Winners of the „Employer Friendly to Employees” contest were honoured during the ceremony which took place on the 20th of April 2016 at the Presidential Palace. HSW S.A. was one of the laureates of the contest and Mr Anroni Rusinek, as its’ representative and General Director received the symbolic statuette.

The main purpose and objective of the contest is to promote those employees, who exceed and stand out in the compliance with the rules of the labour law: in particular by employment stability, respect for the principles of safety and health at work and the for the employees’ right to organize themselves in trade unions. Awarded companies respect workers’ rights and engage in social dialogue.