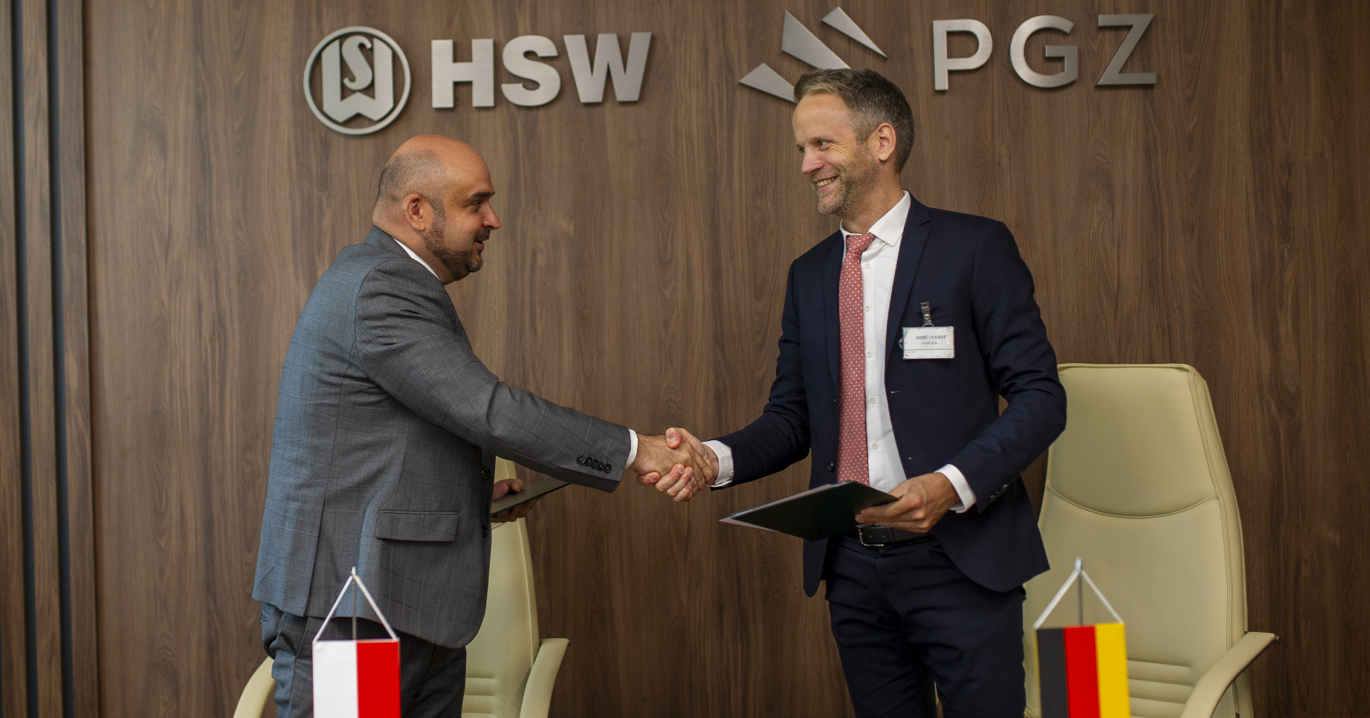 On July 21 in Stalowa Wola, President of the Management Board of Huta Stalowa Wola S.A. Bartłomiej Zając and Roman Koehne, President of the Management Board of Rheinmetall Waffe Munition GmbH, have signed a license agreement for the production of L44 cannon elements, including 120 mm tank barrels. The signed contract concerns the granting of a license for a period of 20 years. The scope of the license covers the production of 120 mm barrels for the Leopard tank, which is the equipment of the Polish Armed Forces and the acquisition of competences to include HSW S.A. in the Rheinmetall supply chain.

Currently owned by HSW S.A. competences in the production of barrels include calibers from 30 mm to 155 mm and lengths up to 9 meters. At HSW S.A. For several years now, barrels for 120 mm mortars (RAK), for 155 mm howitzers (KRAB) and trailed mortars have been produced.

– One of the elements of PGZ’s development strategy is the creation of competence centers for specific product segments in the Group. Huta Stalowa Wola, which has
the greatest capacity in the field of barrel production in the country, today expands this area with an extremely important product intended for the Leopard 2 tanks.
Today’s agreement is our next step in our striving to become a supplier of first choice for the Polish Armed Forces in the field of military equipment and comprehensive service
of its life cycle – said Sebastian Chwałek, President of the Management Board of Polska Grupa Zbrojeniowa SA

– The contract signed today is another step in the development of our cooperation with HSW, with which we are very pleased. Huta Stalowa Wola is a professional partner and we are ready to further expand it to new types of modern tank armament in the event that the Ministry of Defense decides to equip Polish tanks with new types of 120 or 130 mm guns – said Roman Koehne, President of Rheinmetall Waffe Munition GmbH.

The cooperation with Rheinmetall was started in 2012 and is still conducted today mainly in the field of the production of barrels for the KRAB howitzer. The license agreement for the production of tank barrels is another stage of good cooperation, which will benefit not only both parties to the contract, but also the Polish Armed Forces in the form of securing the basic security interests of the state in the field of tank cannon elements by launching the production of the L44 cannon barrel in Poland.
HSW S.A. investment outlays for the organization of the barrel production department in the years 2014-2017 amounted to PLN 34.35 million for the purchase of equipment, including over PLN 20 million from the State Treasury not constituting state aid. In the subsequent years, from 2018 to 2020, the total expenditure was PLN 16.4 million. Total capital expenditure incurred by HSW S.A. related to ensuring the barrel production capacity amounted to PLN 50.7 million. HSW S.A. It spent nearly PLN 3 million on research and development related to the development of technology and implementation of the production of barrels of various calibers