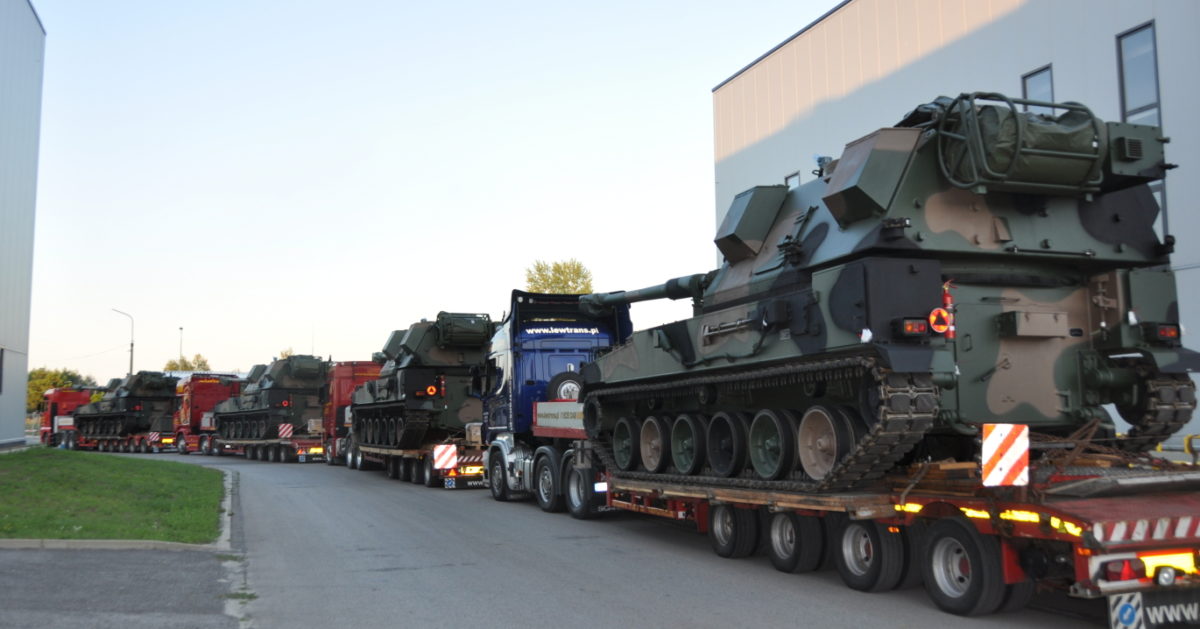 The last sh Crab this year left the assembly hall of HSW S.A.

The newest vehicles will go to the 23rd Artillery Regiment in Bolesławiec. The self-propelled howitzers are part of DMO REGINA. The official handing over of the equipment for the equipment of the unit took place on December 4, on the Rocket and Artillery Day.

As part of the last delivery this year, the artillerymen received 8 155 mm sh Crabs, 3 battery / platoon commander command vehicles, 1 command-staff car and 2 ammunition vehicles. At the beginning of December, there will be further deliveries of the remaining elements of the next battery of the second DMO from Bolesławiec. Ultimately, according to the agreement, by 2021, the 23rd Artillery Regiment will receive a complete division fire module equipped with 24 howitzers and 11 vehicles as part of the command subsystem – command-staff and command vehicles, and 7 more as part of the logistic subsystem: ammunition vehicles and weapon repair workshop.

Before receiving the equipment, the soldiers of the 23rd Artillery Regiment underwent specialist training in its operation at HSW. The commander of the 23rd Artillery Regiment in Bolesławiec, Col. Marek Wasielewski, during the transfer of the equipment also spoke about the fact that the Crab is one of the best artillery constructions: – For us artillerymen, it is a technological progress, primarily in terms of the combat capabilities of the new equipment. The range of effective fire interaction increases, mobility increases, and above all, the autonomy of the guns increases, because I would like to emphasize that each gun is ready to conduct autonomous fire at detected cells.