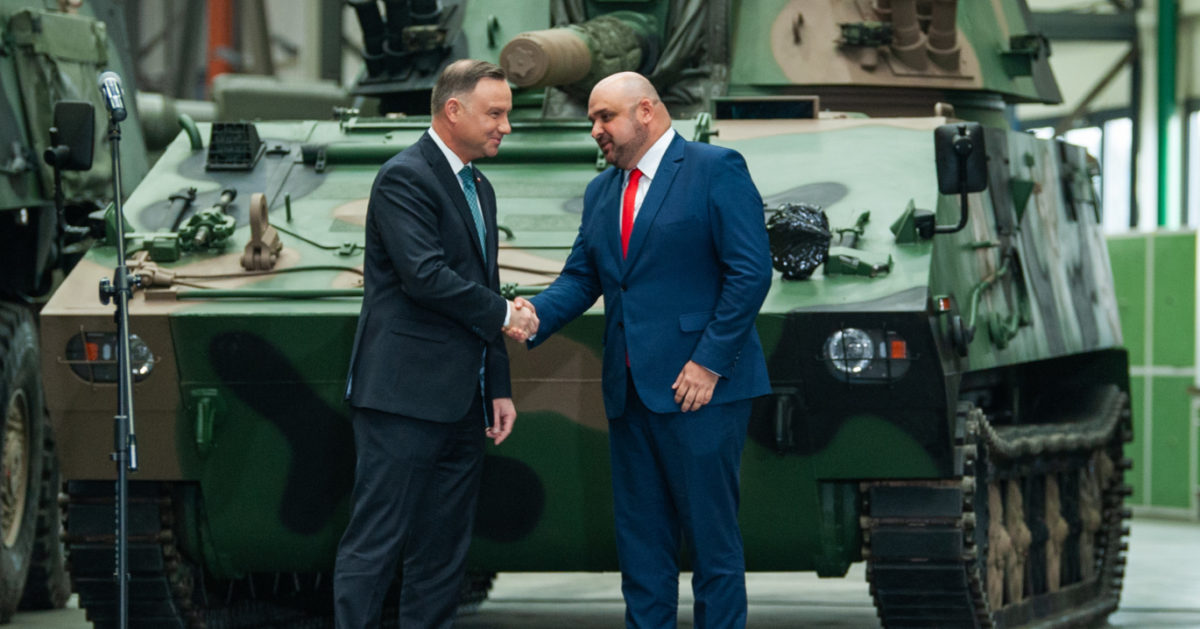 On January 16th current year The President of the Republic of Poland Andrzej Duda visited Huta Stalowa Wola S.A., which belongs to the Polish Armaments Group. The president became acquainted with the production profile and technological potential of the plant and met with employees and the Management Board of the Company.

– Today you are one of the most important entities providing modern heavy combat equipment for the Polish army. I am very happy that the modernization program of the Polish army, which we have talked about so many times and encountered so many different obstacles, is finally being implemented and is being implemented, or maybe above all, here in Stalowa Wola with such success. – said Andrzej Duda, President of the Republic of Poland

– It is a great honor for us to host the President in Huta Stalowa Wola. This is a momentous event in the history of our factory, it is the second visit of the head of state to our company, where the first was President Mościcki. For the first time we had the opportunity to familiarize the President with the contribution of Stalowa Wola to building the potential of the Polish defense industry. We are a company owned by the Treasury, which dates back to the 1930s, to the COP and has been operating continuously for over 80 years. Today we are one of the most important Polish defense companies producing advanced artillery systems for the needs of the Polish Armed Forces. We are looking for further opportunities to develop and create even better products that meet the growing needs of soldiers – emphasized Bartłomiej Zając, President of the Management Board of Huta Stalowa Wola S.A.

During the visit, President Andrzej Duda met with employees of HSW S.A. He visited a new production hall dedicated to fulfilling the obligations arising from contracts under the WISŁA program. He looked at the Company’s recent investments in machinery and specialization of technological processes, including a modern welding shop located in a newly built production hall, equipped with robotic welding stations.

The president has also visited an x-ray laboratory with a chamber for X-rays of large welded structures. In addition, the President of the Republic of Poland became acquainted with the possibilities of a large-scale gantry machine tool, which is one of the largest milling machines in Poland, used for machining large-scale production elements. Huta Stalowa Wola S.A. in the last two years, has invested nearly 70 million PLN in the development of a technology park, construction of new industrial facilities and in its own laboratories as well as research and test facilities.

– The success of Huta Stalowa Wola is the result of a long-term strategy consistently implemented by the Management Board. Investments in the machine park, raising employees’ competences, a strict technological regime guaranteeing timeliness and quality of deliveries translate into excellent results and subsequent orders sent to the plant by the Polish Armed Forces. We strive for all companies of the Polish Armaments Group to follow the path of success set by HSW S.A., and its guarantee is stability and long-term orders – said Witold Słowik, President of the Management Board of PGZ S.A.

In the assembly hall HSW S.A. representatives have presented ready artillery products manufactured by Huta Stalowa Wola S.A., including a RAK self-propelled mortar on a tracked chassis, a KRAB self-propelled howitzer, a 30 mm Remotely Controlled Tower System and the new BORSUK Amphibious Infantry Fighting Vehicle. In the years 2016-2019, HSW delivered 66 mortars, 48 howitzers and 60 other artillery and accompanying vehicles to artillery units of the Polish Armed Forces.

We invite you to watch the movie: 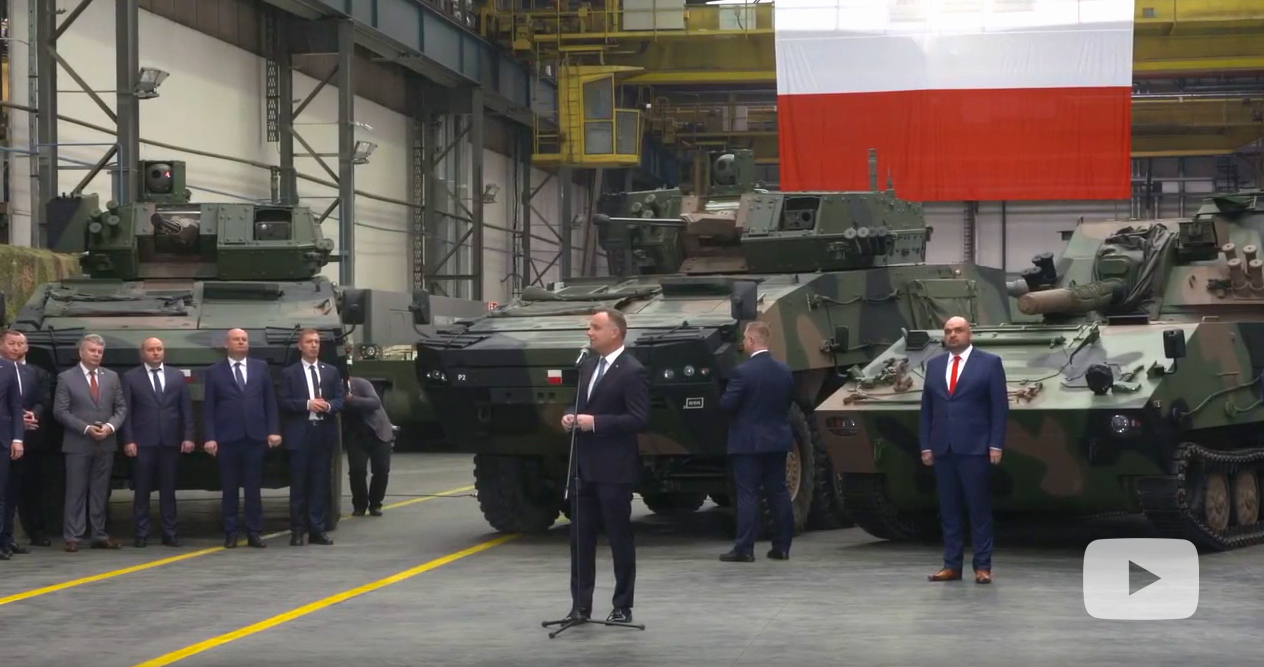 Huta Stalowa Wola S.A. is a producer of military products in the following segments: artillery equipment (including autonomous, self-propelled and towed equipment), light armored wheeled and tracked transporters and engineering equipment. HSW S.A. has developed its own unique strategy, consisting of offering and delivering products incorporated into complete fire modules. HSW S.A. also carries out cooperative activities, i.e. the production of products and the performance of technical services based on the technical documentation created or entrusted. HSW S.A. in 2019, completed the contract for the delivery of 8 company fire modules. 64 RAK mortars, 2 prototypes and 42 accompanying vehicles were handed over to the army. By 2019, as part of the REGINA contract for the supply of 4 division fire modules with the KRAB howitzer, the company delivered 48 of 96 howitzers along with 18 command and logistics vehicles.