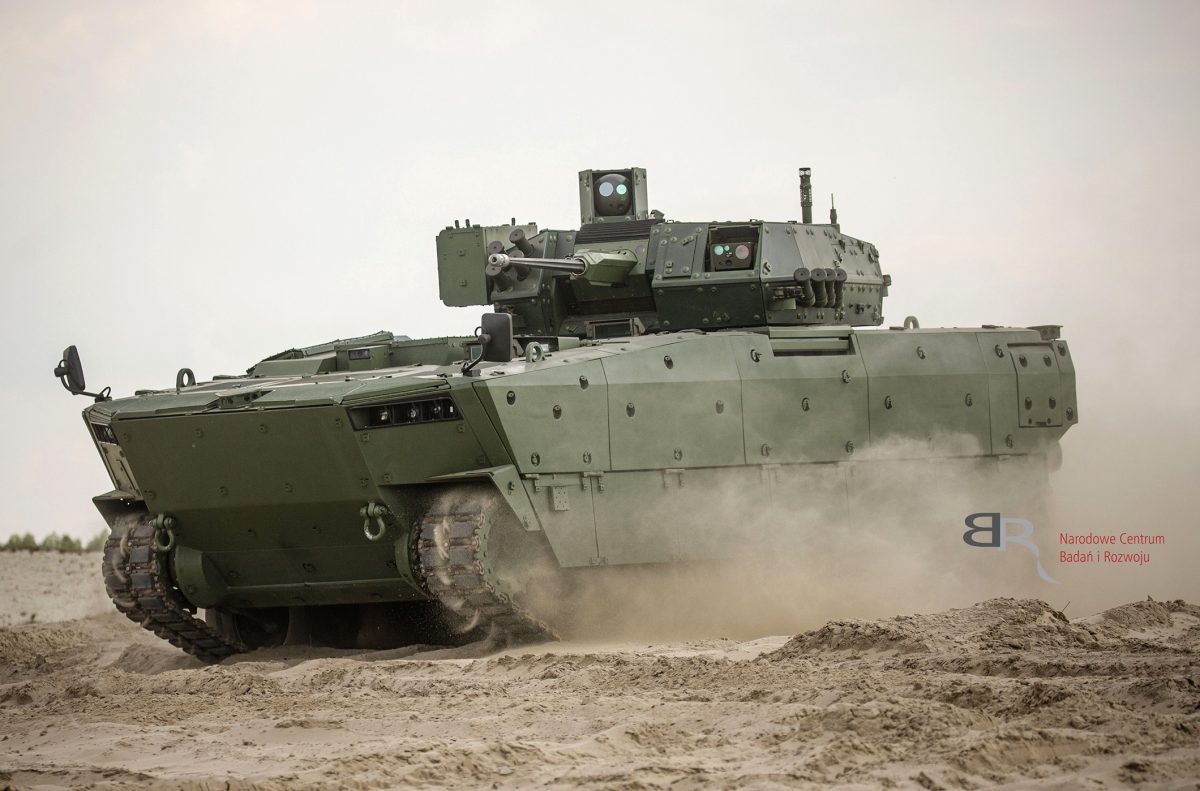 During the panel session “Challenges for the modernization of the Land Forces. On the first day (29/09/2021) of this year’s Defence24Day & SOFEAST conference, extremely interesting information on technical modernization, especially in the field of armored and mechanized troops, was revealed.

The aforementioned curiosities and novelties were presented in the presentation of the Land Forces Inspectorate of the General Command of the Armed Forces, which was presented by Col. Tomasz Gdak.

The first novelty was the information on the delivery schedule for the New Borsuk Floating Infantry Fighting Vehicle. Along with them, the number of copies planned to be obtained by the middle of the next decade was also presented. According to the assumptions presented by the representative of the Land Forces Inspectorate of DG RSZ in 2023, 14 Borsuk infantry fighting vehicles (equivalent to a mechanized company) are to be delivered. In turn, by 2035, a total of 588 Borsuków in the version of the infantry fighting vehicle will be delivered. However, this number almost certainly did not include numerous specialist vehicles based on its chassis, such as reconnaissance combat vehicles, command vehicles or technical protection vehicles. This means an average mass production rate of approx. 50 vehicles per year in the IFV version alone.

Today, Borsuk is at the stage of development work carried out by a consortium led by Huta Stalowa Wola in the NCBiR project. It is known that there are talks about extending the scope of development work to build the first pre-series copies, according to the available information, there are four copies that would be delivered to the army during the development work, as part of the so-called supervised operation.

The number of Badgers mentioned in the presentation will allow for the conversion of the equivalent of about 10 mechanized battalions into new IFVs (by 2035) within the next dozen or so years. It can be speculated that in the event of a potential reduction of the full-time number of vehicles in a battalion to 44 (instead of the current 58), this would be approximately 13 battalions, although there is no information that such a change would be considered.

This means, taking into account both variants and the current and planned structures, no rearmament in Borsuki by 2035, probably from 3 to about 5-6 mechanized battalions (also taking into account those ultimately armed with the Rosomak APC). This, in turn, allows to estimate the number of BWP-1 that will require modernization in both of the above-mentioned variants of structures, from 132 to 348 copies, respectively, assuming, of course, that the cars in the older version will be fully retired in the time horizon referred to.