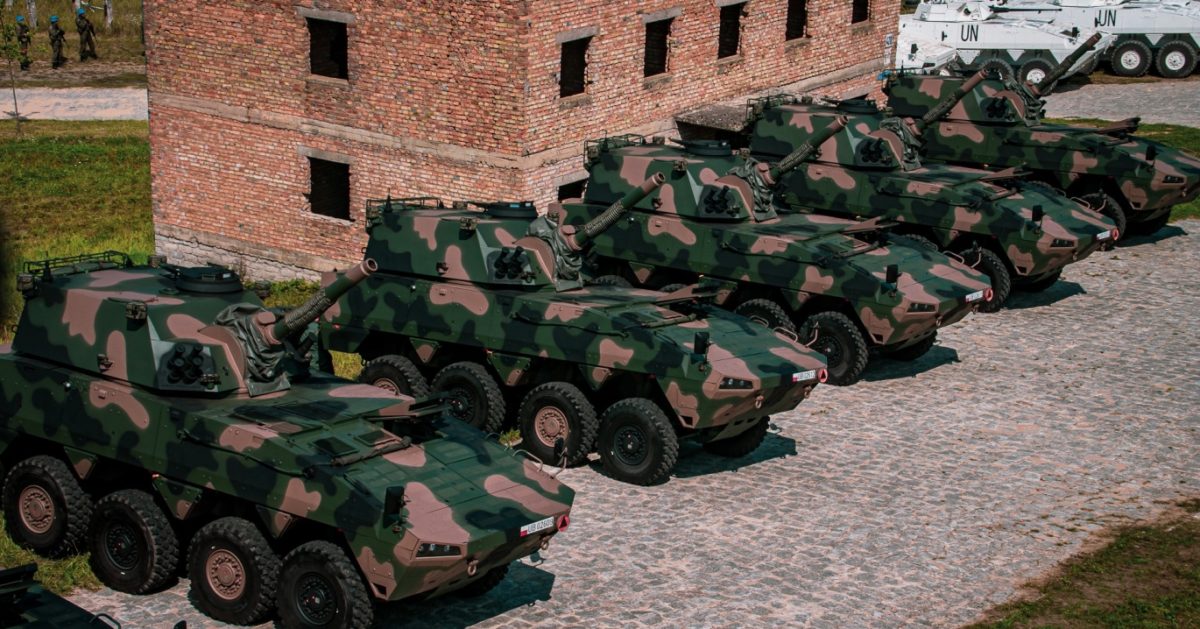 – I had the opportunity to transfer the second Company Fire Module Rak  for the 17th Wielkopolska Mechanized Brigade, but this is the seventh such module for the Polish Army. This is not the last module that will go to the Polish army. This is a weapon that is being created in Poland, it is a product of the Polish defense industry, praised by soldiers of the Polish Army – said Mariusz Błaszczak during the handing over of keys to self-propelled mortars Rak for equipment of the 17th Wielkopolska Mechanized Brigade.

On Friday, August 23. the head of the Ministry of Defense handed over another self-propelled mortars RAK to equip the 17th Wielkopolska Mechanized Brigade. Thus, the unit will receive a second fire module, which consists of 8 self-propelled mortars RAK, 4 artillery command vehicles, armament repair artillery vehicle. Huta Stalowa Wola S.A. finalizes the next phase of the contract for the supply of equipment for eight Company Fire Modules RAK concluded on April 28, 2016.

– We are implementing the next stage of the contract concluded with the Ministry of National Defense in 2016 with next timely delivery of company fire modules. We strengthen our position as a reliable producer of modern equipment and armaments for artillery troops. The competences that we build during work on such complex programs as RAK and REGINA will allow us to efficiently implement future orders under the technical modernization program of the Polish Armed Forces – said Bartłomiej Zając, President of the Board, General Director of Huta Stalowa Wola S.A.

It is worth recalling that on August 13 this year. Huta Stalowa Wola S.A. in the presence of Mariusz Błaszczak, the Minister of National Defense, she signed a contract with the Armament Inspectorate worth over one hundred million zlotys for the supply of Artillery Ammunition Vehicles for the needs of fire modules of 120 mm RAK self-propelled mortars.

Self-propelled mortar Rak 120 mm on the Rosomak chassis, designed in the Huta Stalowa Wola. It has an automatic charging system and is able to conduct an accurate fire at a distance of 8 to 12 km. Deliveries of “Rak” for the Polish Armed Forces are implemented in 2017-2019 as a result of the agreement concluded in 2016 for the amount of over PLN 968 million. Mortar service requires 4 people. It is worth mentioning here that Huta Stalowa Wola also offers a track version of the 120 mm mortar. At the same time, HSW is continuing work related to the delivery to the Polish Armed Forces of accompanying vehicles, ie Artillery Vehicles for the Renovation of Armaments (in the course of deliveries),  Artillery Ammunition Vehicles (at the final stage of negotiations with the Ministry of Defense) and Artillery Reconnaissance Vehicles (during the implementation of development work) .