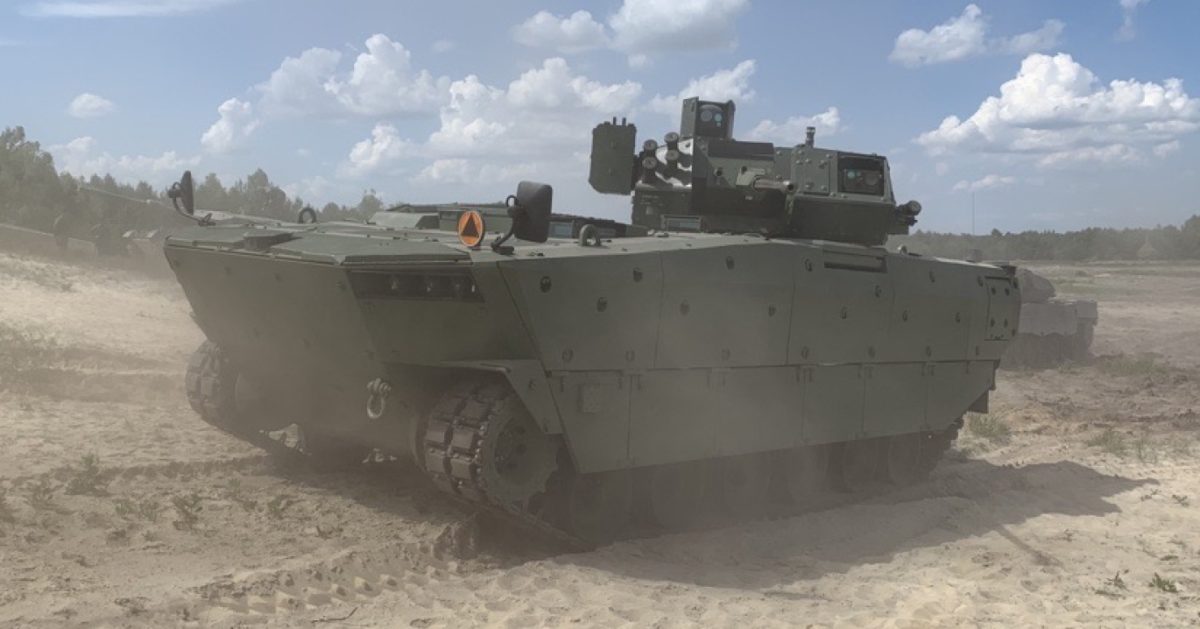 One of the main attractions of the Dragon-21 military exercises was a dynamic demonstration of a new floating infantry fighting vehicle under construction at Huta Stalowa Wola as part of the Borsuk program. The presentation was watched by the head of the Ministry of National Defense, the managerial staff of the Polish Armed Forces with the Chief of the General Staff of the Polish Armed Forces, General Rajmund Andrzejczak.

– I have been observing this project since I took up my current position and I am very impressed with the progress of works and the capabilities that HSW has achieved in terms of design and technology. We are currently talking about the details – emphasizes Rajmund T. Andrzejczak, Chief of the General Staff of the Polish Army. – I am an ardent supporter of the car to be in formation as soon as possible and, in addition to technical tests, it should also be checked by users who will submit their suggestions – emphasizes gen. Andrzejczak.

The Chief of the General Staff noted that the army absolutely needed a new infantry fighting vehicle. – It shows great mobility, both on land and while swimming. In addition, it has great ballistic protection and firepower. The 30-mm gun in the hunter-killer system is a qualitative leap, assesses General Rajmund Andrzejczak.

The Borsuk infantry fighting vehicle project has been under development since 2014. The preliminary tests are currently underway, including swimming and shooting tests. – It will last until the end of the year, while we will conduct qualifying tests for the entire next year. The next stage will be contract negotiations and the first implementation, which can be expected already in 2024 – emphasized Bartłomiej Zając, president of Huta Stalowa Wola.

Borsuk is equipped with the ZSSW-30 Remote Tower System. Currently, it is one of the most modern solutions of this type in the world.

The ZSSW-30 turret was equipped with two independent sights enabling work in the hunter-killer (hunter-killer) and killer-killer (killer-killer) systems. – With one device, the gunner destroys the target, with the other the commander watches the area around the car. If he notices a new target, he points it to the gunner using the hunter-killer mode and the turret automatically positions itself in its direction – explains Marcin Bieńkowski from the HSW construction department. Killer-killer mode is activated in situations where the commander does not have time to provide information about the target. – Then he quickly takes command and shoots. It takes literally fractions of a second – explains Marcin Bieńkowski.