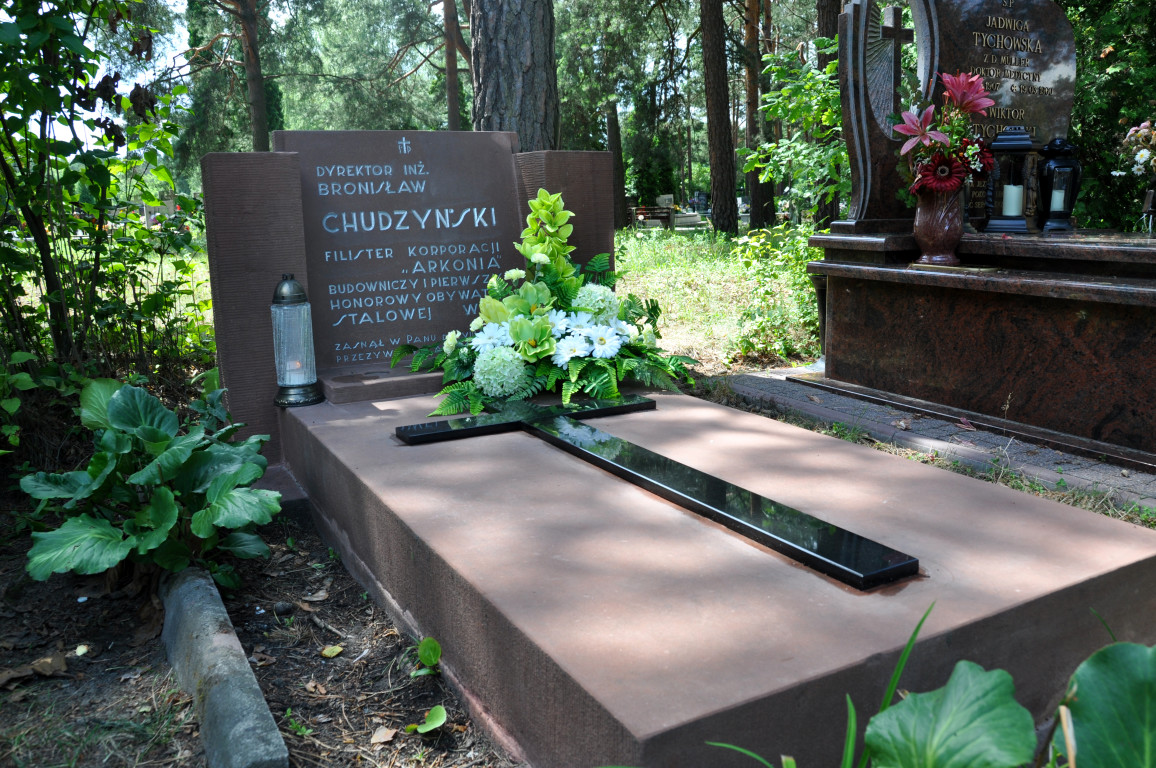 On the occasion of the eightieth anniversary of the creation and implementation of the concept of the Central Industrial District, on the initiative of Huta Stalowa Wola S.A., the gravestone of the of Bronisław Chudzyński was renovated. Bronisław Chudzyński: the engineer and manager of the Southern Works in Stalowa Wola, the first post-World War II General Director of the company, honorary citizen of the Stalowa Wola city was also a member of the “Arkonia” association – the Academic Corporation whose main purpose was to fight the attempts of Russification and Germanization of Polish youth.
The gravestone is located in the Municipal Cemetery at Ofiar Katynia street in Stalowa Wola (A / H / 2).