Celebration of the 80th anniversary of Huta Stalowa Wola 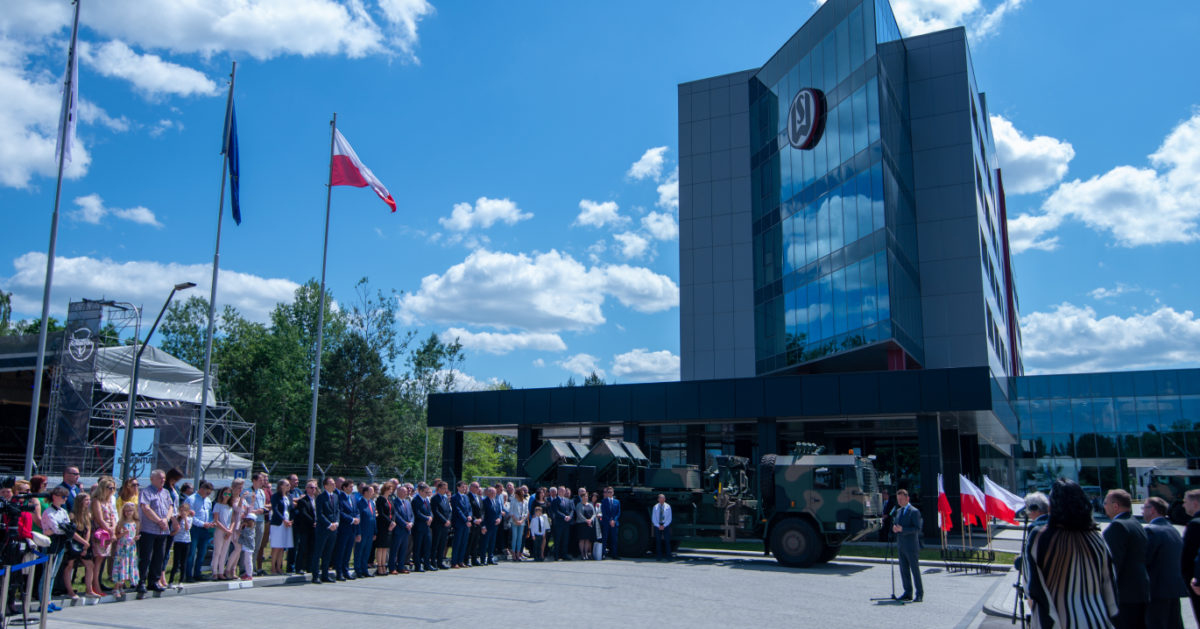 On the 20th of  May 2018, Huta Stalowa Wola officially commenced the celebrations of the 80th anniversary of its existence.

On this occasion, events related to the anniversary were taking  place in Stalowa Wola throughout the whole day.

Celebrations of the 80th anniversary of Huta Stalowa Wola began with a mass in the Conciliar Basilica for the current and former employees and the management of Huta Stalowa Wola, which was celebrated by the senior bishop Edward Frankowski. The mass was attended by employees, seniors, HSW authorities, as well as representatives of the parliament, local and government authorities, and residents. The mass was also attended by Mr Mariusz Błaszczak, the Minister of National Defense and the authorities of the Polish Armaments Group. The Mass was preceded by a concert by the Gaude Vitae Choir under the baton of Ewa Woynarowska.

Today, Huta Stalowa Wola is primarily a company that produces great products for the Polish Army. They get the best opinions of soldiers and commanders of the Polish Army. Products that we pride ourselves on abroad. HSW is a company, a brand that is of high quality.

A few words were uttered to the gathered employees and guests by the Chairman of the Polish Armaments Group, Jakub Skiba, who said that: HSW is currently the best and best managed enterprise in the defense industry, which achieves success and well implements the largest armaments contracts for the army. He underlined the financial and production success of HSW.

Huta Stalowa Wola is probably the best company within the PGZ capital group. The large contracts that have been entrusted to this company are properly executed.

From the afternoon till late evening hours in front of the headquarters of HSW, a festive picnic took place to celebrate the 80th anniversary of HSW for the residents of Stalowa Wola. The artists from Stalowa Wola and the popular music stars performed in front of the audience.

The picnic was opened by the performance of the Stalowa Wola Brass Band and students and teachers of the 1st and 2nd degree Music School in Warsaw. I. J. Paderewski.

The next part of the ceremony began on the stage, during which the HSW Management gave the employees prizes in recognition of their merits, and their outstanding professional work. The awards were given to the creators of new constructions and technologies, production and inventor rationalizers and people who contributed to the development of Huta Stalowa Wola S.A.

On this occasion Bernard Cichocki, President of Huta Stalowa Wola S.A. he said, among others:

On the occasion of the 80th anniversary of Huta Stalowa Wola S.A. we remember the visionary Eugeniusz Kwiatkowski, the first builders and the first heads of the plants. We also remember thousands of Poles who came here to work and changed the fate of our region. Today, when we mention the history of our plant, we say that history has come full circle. Because it started here with the production for the Polish Army and today again in our halls, we work on modern artillery for the Polish army.

In the evening, rock and pop stars took over the scene. First played Elektryczne Gitary, then Goya band. At the end, the very large audience gathered at the concert of Patrycja Markowska.

Throughout the day, the youngest participants of the picnic had fun on an inflatable playground, and played under the watchful eye of the fun animators on the obstacle course, the climbing wall and the trampoline.

Military enthusiasts could see the exhibition of the latest products of Huta Stalowa Wola S.A. The event was accompanied by the presentation of equipment and weaponry from Polish armaments and military units.