Contract for ammunition and armament repair vehicles for the Polish Army 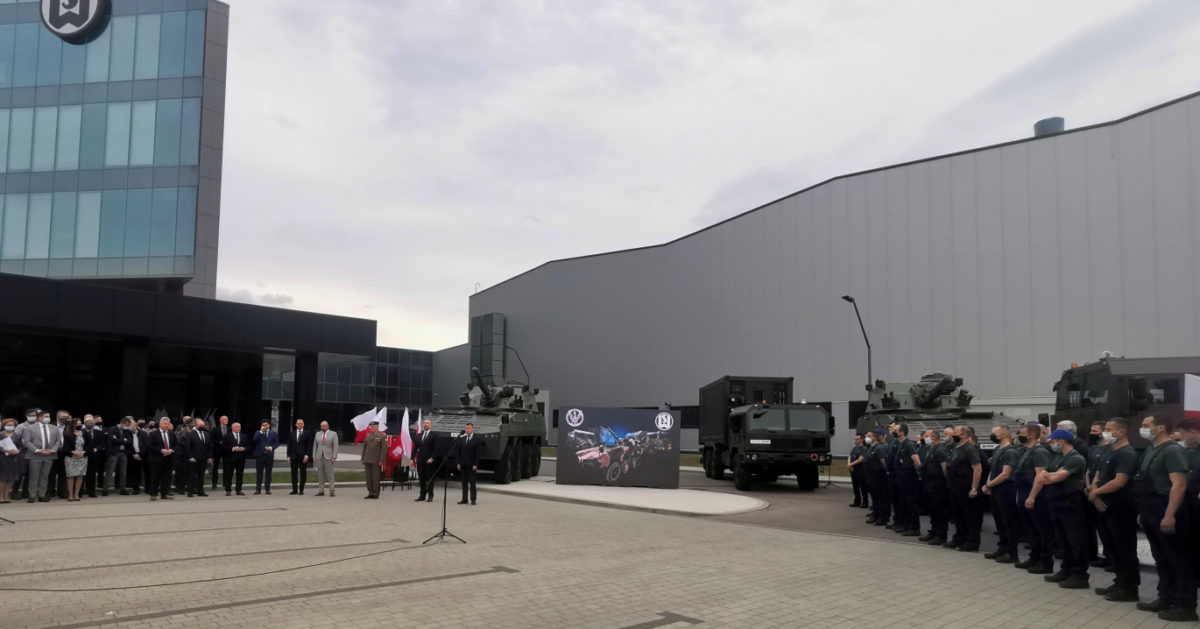 Huta Stalowa Wola S.A. will provide the Armed Forces with artillery ammunition vehicles and artillery repair vehicles to complete company fire modules of 120 mm Rak self-propelled mortars. The deliveries of the equipment will take place in 2022-2024 and the contract value is PLN 186 million. Minister of National Defense Mariusz Błaszczak was present at the signing of the agreement.

The support company based on the Rak self-propelled mortars, together with other elements of the command and logistic system, is one of the most innovative products of the Group, fully developed by the Polish industry and national research and development centers.

– From the point of view of Huta Stalowa Wola, the Polish Armaments Group, and the Polish Army, the Cancer program is an important and strategic project. The contract signed today for the supply of modern ammunition vehicles and the overhaul of weapons to KMO Rak is another important step in the comprehensive equipment of the Polish Armed Forces. Soldiers receive the most modern equipment developed and manufactured by the forces of Polish industry and research and development centers. We also declare our readiness to offer the military new innovative and advanced solutions – said Sebastian Chwałek, president of Polska Grupa Zbrojeniowa S.A.

AWA is based on the Jelcz 882.53 truck with a two-person armored cabin and is used for the transport of ammunition and the automated loading and unloading of ammunition. AWRU, which were based on the Jelcz P662D.35 truck with a four-person Jelcz 144 armored cabin and equipped with a container with the necessary equipment for inspections and repairs, and a spare parts warehouse, are used to perform diagnostics and repairs of military equipment in the field.

– Long-term programs implemented in cooperation with the Ministry of National Defense bring benefits to everyone – the Polish Armed Forces, the local community, and the entire economy. Huta Stalowa Wola is constantly developing its production potential, which translates into the company’s results growing year by year. What distinguishes us is the fact that we carry out orders from the research and development phase to the introduction of a complete solution for serial production. Our products are well assessed by the military and this mobilizes us to continue our work and take up new ambitious challenges – said Bartłomiej Zając, President of the Management Board of Huta Stalowa Wola S.A.