Deliveries of engineering equipment for the Polish Armed Forces 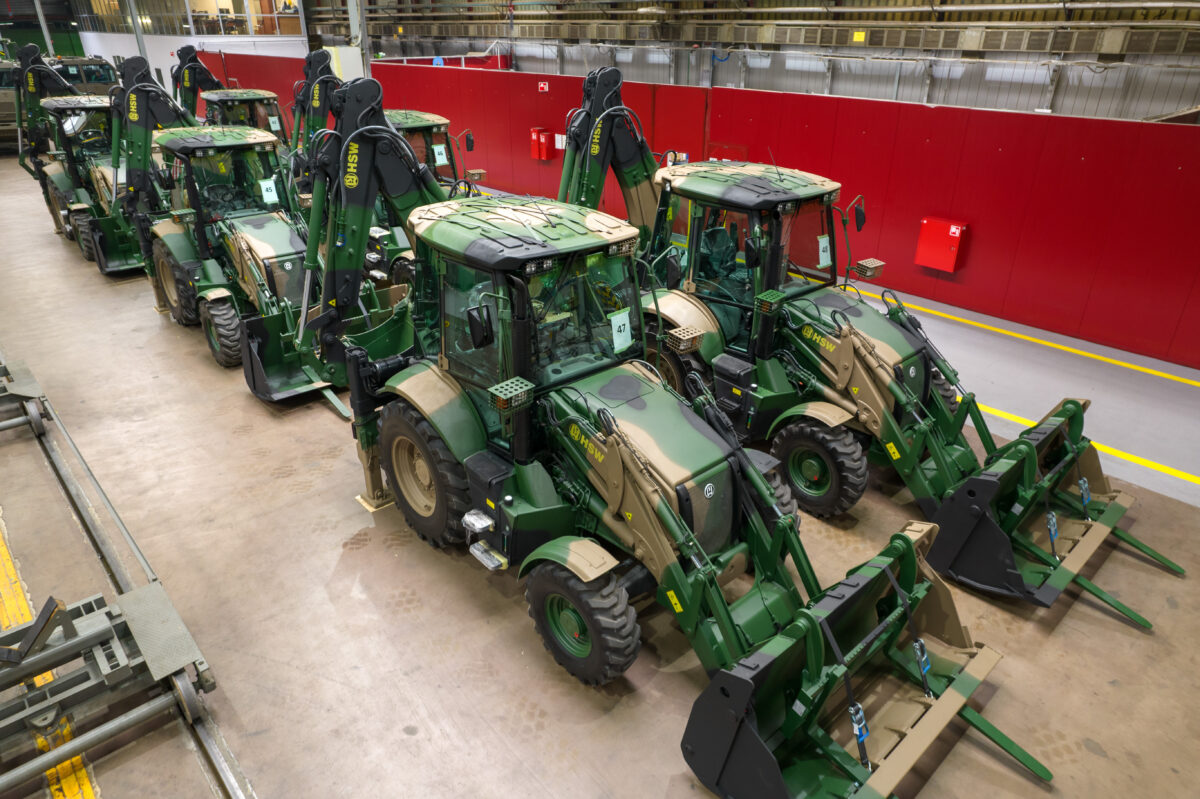 HSW S.A. handed over 19 copies of the UMI 9.50 Universal Engineering Machine with additional equipment to the Users. Thus, HSW completed the Agreement for the delivery of machines on time, both from a guaranteed order and an optional order, which the Ordering Party used to the full extent provided for in the Agreement. The delivery of UMI 9.50 was carried out on the basis of the Agreement concluded on June 1, 2021 between HSW S.A. and 1 RBLog in Wałcz.

Currently, there are also deliveries of SŁ-34C bulldozers to the Users. In total, by the end of 2021, 8 copies of the Spycharko-Ładowarek SŁ-34C will be delivered to the Polish Armed Forces (3 copies will be delivered in June 2021).

These deliveries are made on the basis of the contract of July 11, 2019 with the Armament Inspectorate of the Ministry of National Defense. The contract is carried out according to the schedule. – Huta Stalowa Wola has been providing various types of troops with engineering equipment for many years. In this way, we support the needs of those units that are responsible for technical preparation and coordination of work in the field, on training grounds or even in emergency situations. Today’s machines are modern and functional engineering and construction equipment that fulfills all the necessary functions and tasks for the army and engineering subunits – says Bartłomiej Zając, President of Huta Stalowa Wola S.A.

HSW S.A. carries out intensive efforts to develop the best possible offer securing the needs of the Polish Armed Forces in engineering equipment. The main directions of development of this equipment are aimed at the development of modernized earthmoving machines and versions of tracked engineering transporters, mine-mining systems. The delivered machines are expected by the engineering units of various types of troops, as they increase their ability to perform support tasks and engineering security. The transferred machines will be used to carry out the expansion of the fortification of the area as part of field training, road and bridge works and to perform engineering support tasks, also for the benefit of other services and the public as part of crisis response.