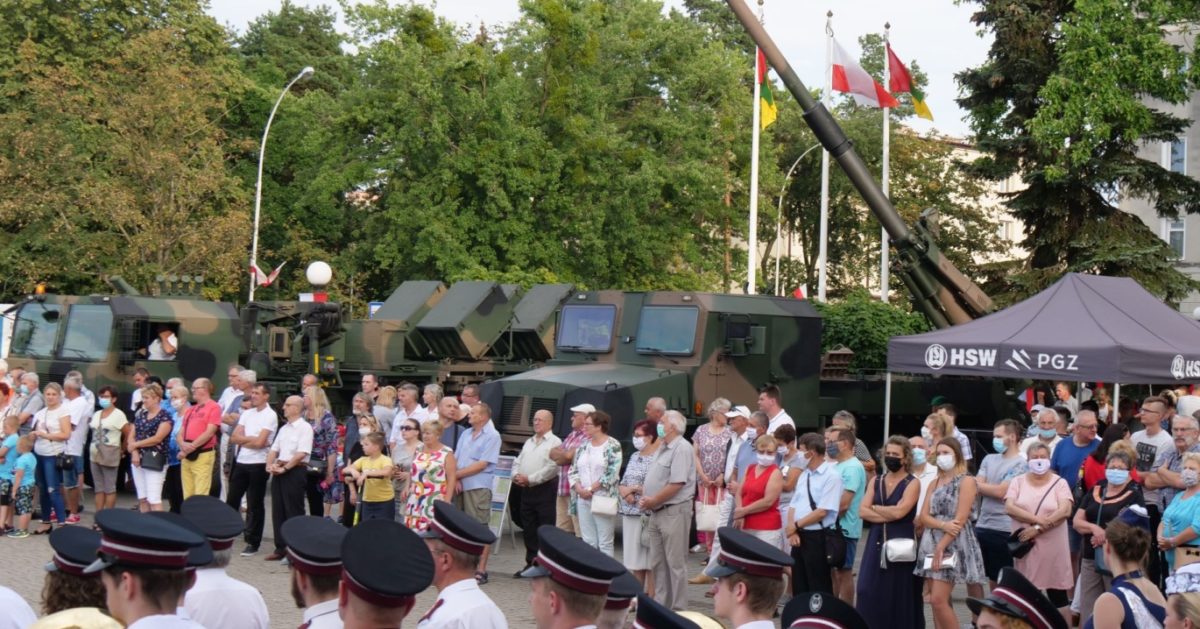 This year’s anniversary of the Polish Armed Force Day was special because it coincided with the 100th anniversary of the Battle of Warsaw. On this occasion, ceremonial celebrations were held in Stalowa Wola. Huta Stalowa Wola unveiled products on Piłsudski Square, the Scattered Mine Laying Platform Baobab and the 155 mm self-propelled howitzer KRYL. Our products enjoyed great interest among the participants.

The ceremony, attended by the President of Stalowa Wola, Mr. Lucjusz Nadbereżny, was graced by the parade of the soldiers of the 16th Sapper Battalion from Nisko and members of the Historical Reconstruction Group “Zakłady Południowe” and the performances of the MDK Stalowa Wola Brass Band. The Municipal Rifle Club of Weapons Lovers and Collectors “UR” presented its military collection.