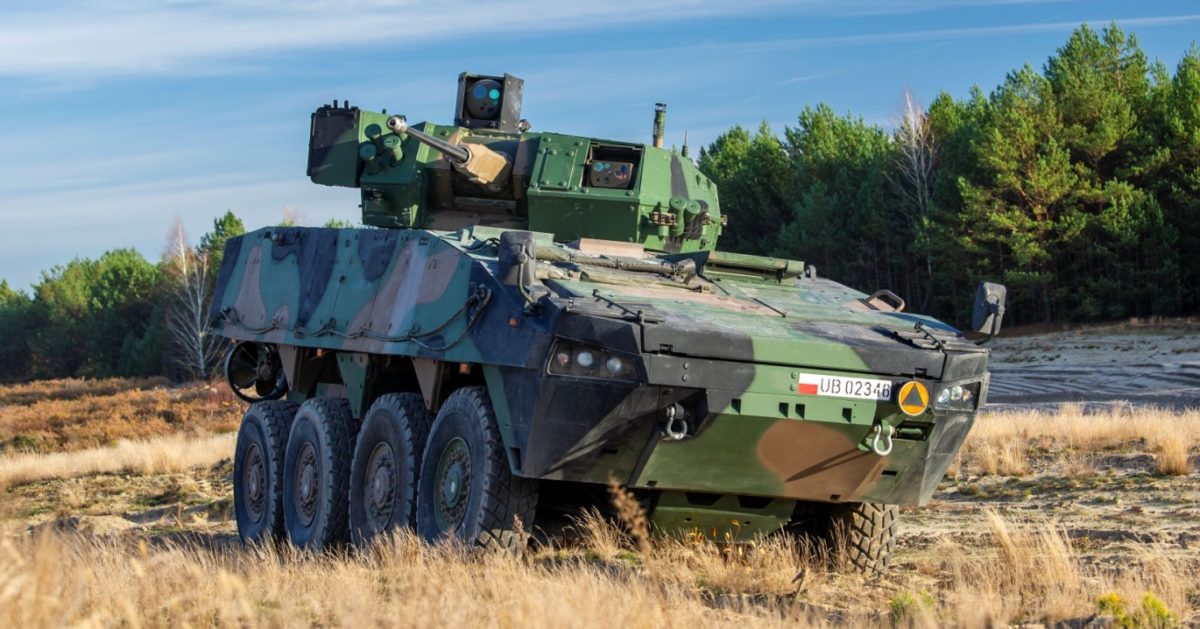 The program of the Remote Controlled Tower System ZSSW-30 is heading towards a positive conclusion. Huta Stalowa Wola S.A. plans to close the development project in June 2021, according to the schedule An important stage was the SPIKE ATGM shooting at the end of last year.

In November 2020, at the training ground in Nowa Dęba, as part of the state qualification research, studies of the Remote Controlled Tower System (ZSSW-30) integrated with the Rosomak APC were carried out. During the ZSSW-30 field tests, the fire capabilities of ATGM launchers were tested using the SPIKE LR missile.

The footage of the ZSSW-30 shooting with the ATGM is available on the HSW YouTube channel and on the TT #PGZ social media.

Before the shooting at the premises of Huta Stalowa Wola (PGZ Group), which is the leader of the Consortium implementing the unmanned turret project in cooperation with WB Electronics, a theoretical training was held, during which representatives of the ATGM supplier trained HSW and WB employees on the use of SPIKE ATGM launchers on a stationary simulator Indoor Trainer. During the field tests, five so-called ZSSW-30 fire missions with a cumulative combat warhead. The test results were assessed as “very satisfactory”.

The first SPIKE missiles from the ZSSW-30 were fired after the testing of the first prototype of the ZSSW-30 turret had begun in July 2016. The positive results of these shootings allowed the Consortium to continue work aimed at starting qualification tests. ATGM combat shooting allowed to close an important stage of system tests. Thanks to them, the high combat potential of the ZSSW-30, having significant firepower, enabling the destruction of enemy combat vehicles, was confirmed. This is a milestone bringing the ZSSW-30 program closer to the final of research and the start of final preparation for serial production. Completion of the R&D project will open the path to start talks with the Institute of National Defense for the supply of the first batch of this system to the Polish Armed Forces.

HSW S.A. developed a concept for training the commanding staff and APC crews in operating the ZSSW-30. It includes, inter alia, training of teaching and instructor staff in military education and technical services of logistic support units. Organizational measures undertaken on the premises of the plant will be used to create a training base on the premises of HSW, which will serve not only to train ZSSW-30 operators, but also in the future for NBPWP BORSUK staff.