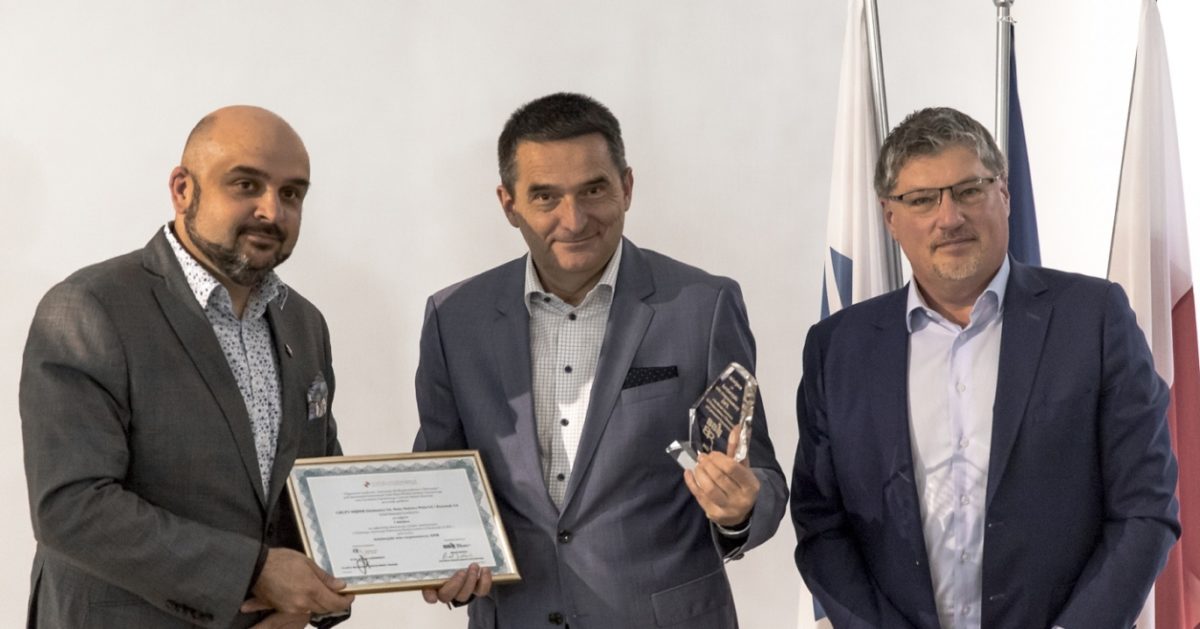 June 29 this year in Warsaw, the awards ceremony was held in the competition “Innovations for Security and Defense”. The competition, under the patronage of BBN and NCBiR, was organized by the editors of the Uniform Portal.

This year’s edition of the competition was won by the Artillery Reconnaissance Vehicle – the award went to Huta Stalowa Wola and Grupa WB / WB Electronics S.A. This vehicle is being developed by Huta Stalowa Wola, Grupa WB / WB Electronics S.A. and Rosomak S.A. in the future, they will be added to artillery units and will greatly contribute to the improvement of their combat effectiveness. The ARW is the last element of the company’s RAK module, which includes eight M120K RAK self-propelled mortars, four command artillery vehicles and two Rosomak artillery reconnaissance vehicles.

-This award is a great honor for us and proof that Huta Stalowa Wola produces military equipment, in particular artillery of the highest class. ARW is an example that digitization and automation are currently the most important issues in the design of military equipment. I can assure you that we will not rest on our laurels, we are constantly looking for new challenges and improving our equipment. When it comes to artillery equipment, we are one of the leading companies in Europe. I would also like to thank WB Electronics S.A and Rosomak S.A. for their contribution to this project. HSW alone would not achieve what we ultimately managed to achieve together. I look forward to further cooperation in future projects, said Bartłomiej Zając, President of Huta Stalowa Wola S.A.

During the ceremony, the President of HSW S.A. Bartłomiej Zając also received the award for the third place for Huta Stalowa Wola for the project of the self-propelled howitzer on a 155mm Kryl wheeled chassis, which was awarded in the 2020 edition of the competition. The project was created in cooperation with Jelcz sp. Z oo, WITU, WITPiS, WAT and WB Electronics SA