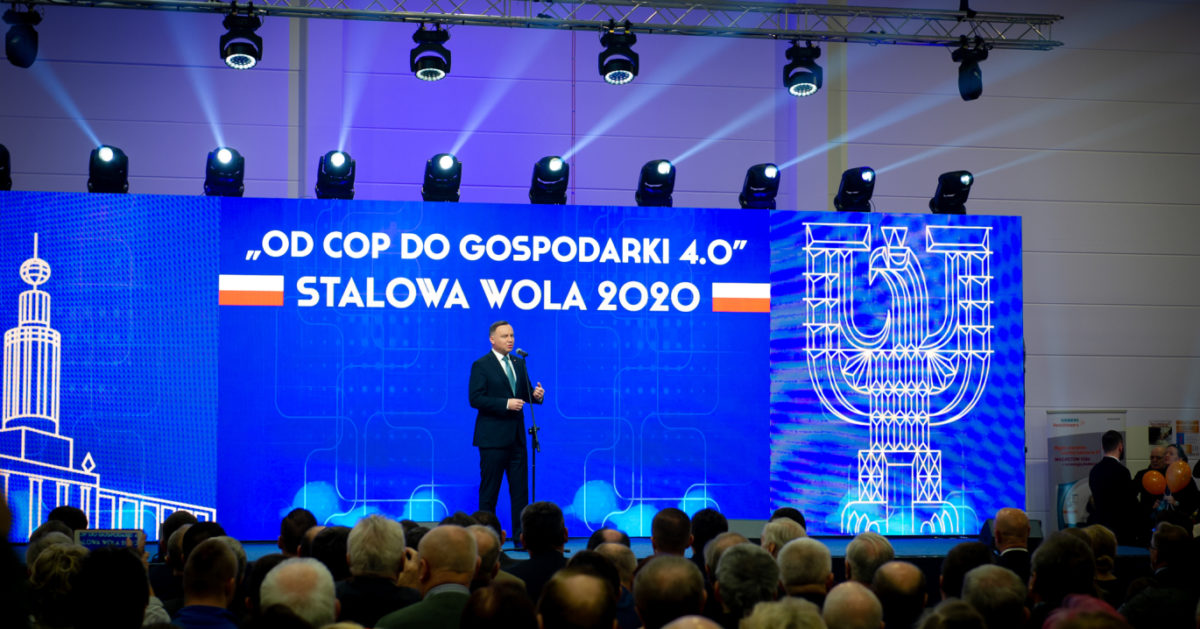 On January 16th this year a promotional event called “FROM COP TO ECONOMY 4.0- Stalowa Wola 2020” was held in the newly built hall of the Industrial Development Agency in Stalowa Wola with the participation of the President of Poland Andrzej Duda. (COP – Central Industrial District)

The meeting was accompanied by an exhibition of products and achievements of the most important companies and institutions from Stalowa Wola and the region illustrating the potential of the Polish economy. Huta Stalowa Wola S.A. has presented its products at the exhibition – the 155 mm KRAB self-propelled howitzer and the BAOBAB scattered mine laying platform.

The exhibition “FROM COP TO ECONOMY 4.0” was opened by the President of Poland Andrzej Duda. Bartłomiej Zając, the President of Huta Stalowa Wola, emphasized that today’s potential of HSW S.A. is determined by a modern production method in which the company uses currently available modern automated production technologies, and above all by the effects of carried out development, construction and production works that result in modern artillery armament operating in an integrated electronic communication, command and battlefield management system. HSW S.A. products already meet the future requirements for this type of equipment in the world.

The aim of the exhibition was to present the region’s potential not only in the heavy industry sector, but also in other sectors, including culture and tourism. A promotional zone presenting the aviation, automotive and ecological potential has also been prepared by the Podkarpackie Voivodeship. Huta Stalowa S.A. has been a partner of the event.