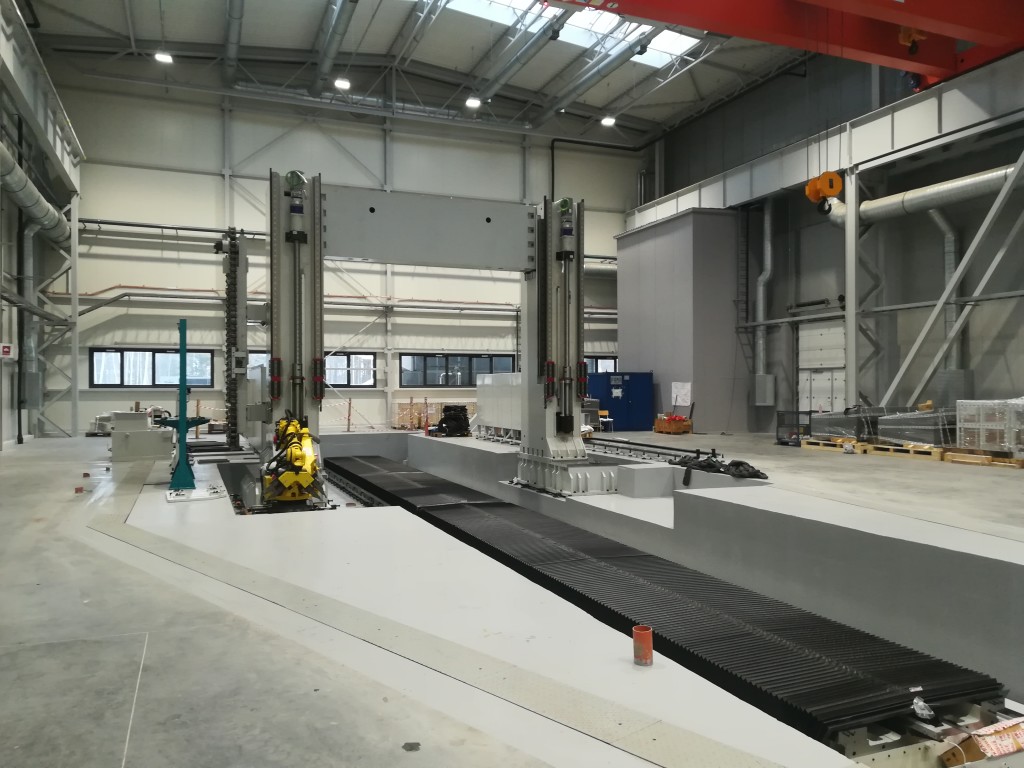 Huta Stalowa Wola S.A. continues the process of modernization of infrastructure and production processes.
One of the largest gantry milling machines in Poland with a mobile table is being assembled in HSW.

The machine is used for machining large-size production elements, such as: military and civil vehicle chassis, parts of wagons and locomotives, engine and pump bodies, elements of installations of the oil and chemical industry, as well as components of conventional, wind and nuclear power plants.

– Investments in HSW build the competences and competitive advantage of our company. We are constantly working on optimizing the quality of our production through its automation. Such a modern approach to production guarantees improvement of the quality standards of our products, which will bring tangible benefits to the company – said Bartłomiej Zając, President of the Board and General Director of HSW S.A.

The cost of the machine purchase was nearly PLN 13.5 million net. The purchased equipment significantly increases the production capacity of HSW S.A. necessary for the implementation of current contracts. The milling machine will be used in the first place for the production of crawler chassis for the KRAB cannon-howitzers. The machine will also be used for machining other chassis of military vehicles made of armor plates: both currently manufactured products and those planned for serial production, such as the New Amphibious Infantry Fighting Vehicle BORSUK.

The assembly of the machine and its first start-up is planned for July 2019. Then the device will be implemented in the production process.

The purchase of the machine is another investment for the modernization of the production process at the Stalowa Wola plant. In 2018, the construction of a new production hall with an area of 3.5 thousand square meters was completed as well as the X-ray laboratory with a chamber for x-rays of large-size welded structures.

We cordially invite you to watch the movie!