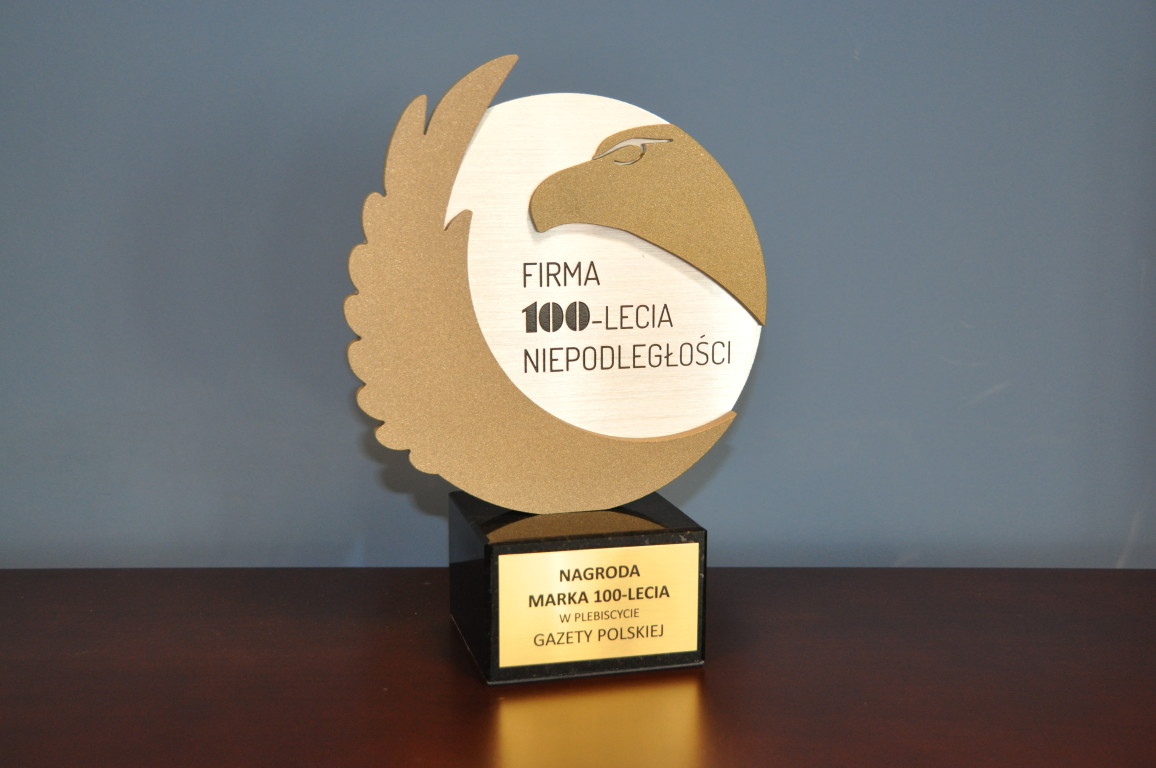 The “100th Anniversary Brand” is an award in the plebiscite “The company for the 100th anniversary of Independence”. The plebiscite takes place to remind that contemporary Polish companies have grounds to refer to the tradition of thousands of enterprises operating during the first 20 years of Independence.

On the 5th of November, 2018, in Warsaw, the “Company for the 100th anniversary of Independence” gala took place and was attended by Prime Minister Mateusz Morawiecki and Minister of Investment and Development Jerzy Kwieciński. There were also representatives of state authorities, public institutions, business organizations and entrepreneurs. Huta Stalowa Wola has received the award in the category: “100th anniversary brand”. The award for HSW was received by Mr. Jacek Kosiński, Member of the Board and Financial Director of HSW SA.

– We treat the distinction we received from the Readers and the Chapter as an expression of great trust – which we will take care of, as best as we can. It is also a commitment to store this 100th anniversary brand for the next generations. We thank you and we are very pleased that our actions referring to the glorious tradition of building foundations for the independence of Poland through the development of our own industrial potential have been noticed. We also thank the Chapter, Associates and all those who supported Huta Stalowa Wola S.A. with their voice, and without whom we would not have received this beautiful and honorable title of the 100th Anniversary Brand. – says Jacek Kosiński, Member of the HSW Management Board – There are not many enterprises in Poland that, like us, functioned in one industry for such a long time. The history of Huta Stalowa Wola began 80 years ago, in 1938, in Central Industrial District, from the production department for the Polish army.

Historically, therefore, we still operate in the same business area and the same geographical location where the Southern Works were established, but today’s Huta Stalowa Wola is a modern industrial plant. Although today we also have a lot in common with our predecessors – we, as the Southern Works once used to, fulfill an important role in the technical modernization program of the Polish Armed Forces. We are the leader of several major modernization programs – Jacek Kosinski commented on the award.