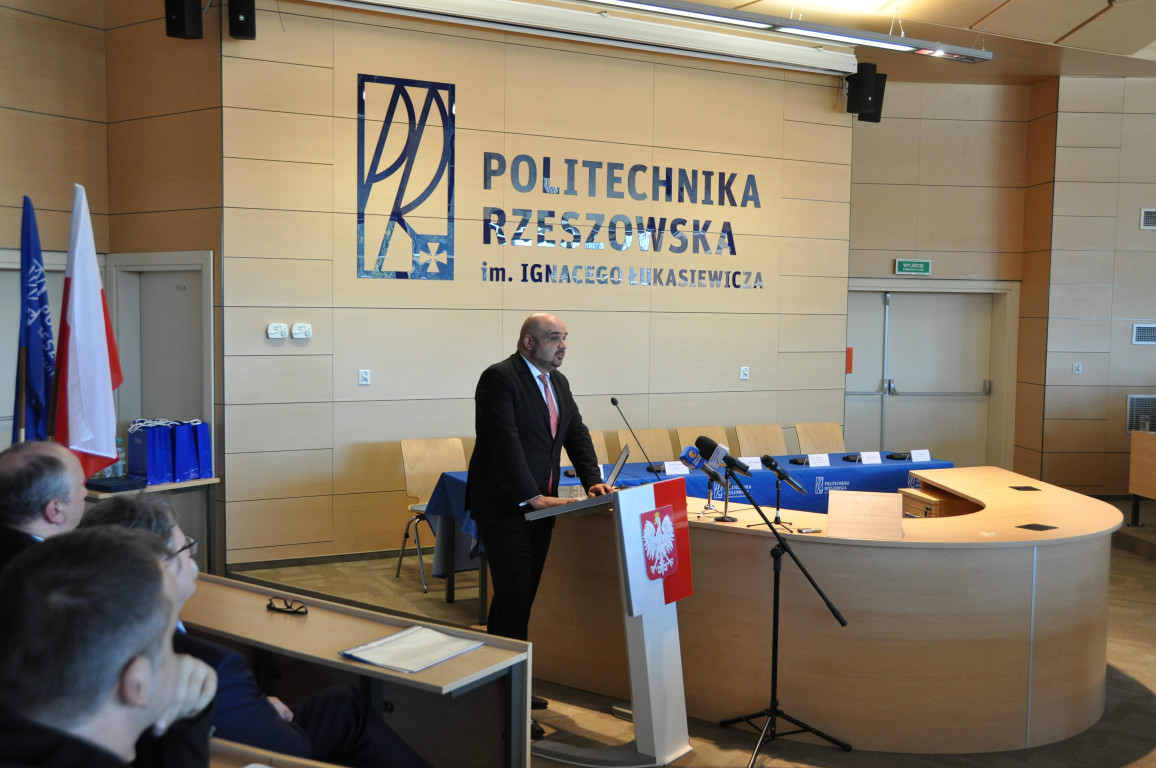 The aim of this initiative is to create the best conditions for stable social and economic development of cities and regions from the area of the historic Central Industrial District. The parties of the agreement want to take action leading to a dynamic development of training of technical staff of the Rzeszów University of Technology in Stalowa Wola through activities supporting higher technical education, including the extension of the scientific and research base of the University. Maintaining the high dynamics of the civilizational, industrial, scientific and cultural development of the Stalowa Wola region can ensure an increase in the number of graduates of technical studies ready to undertake employment in the engineering, automotive and defense industries in the region.

The Parties will cooperate to expand the didactic base, scientific and research infrastructure, teleinformatics and laboratory research base of Rzeszów University of Technology in Stalowa Wola from available sources of financing, including own funds and the Ministry of Science and Higher Education.

University and local government authorities with the support of Huta Stalowa Wola S.A. want to launch the Central Laboratory for Teaching and Research and Implementation of the Faculty of Mechanics and Technology, as well as to build a fiber-optic line within the Polish Broadband Scientific Network PIONIER, which will include all universities and industrial research and development centers located in the region.

On behalf of the Rzeszów University of Technology, the document was signed by the Rector of prof. dr hab. Eng. Tadeusz Markowski. The local government was represented by Deputy Marshal of the Podkarpackie Voivodeship Ewa Draus and Stalowowolski starost Janusz Zarzeczny, Stalowowolski deputy starost Mariusz Sołtys, the Mayor of the City of Stalowa Wola, Lucjusz Nadbereżny. Huta Stalowa Wola S.A. represented by the President of the Board Bartłomiej Zając and Member of the Board Jan Szwedo.