Huta Stalowa Wola with another order for Rak 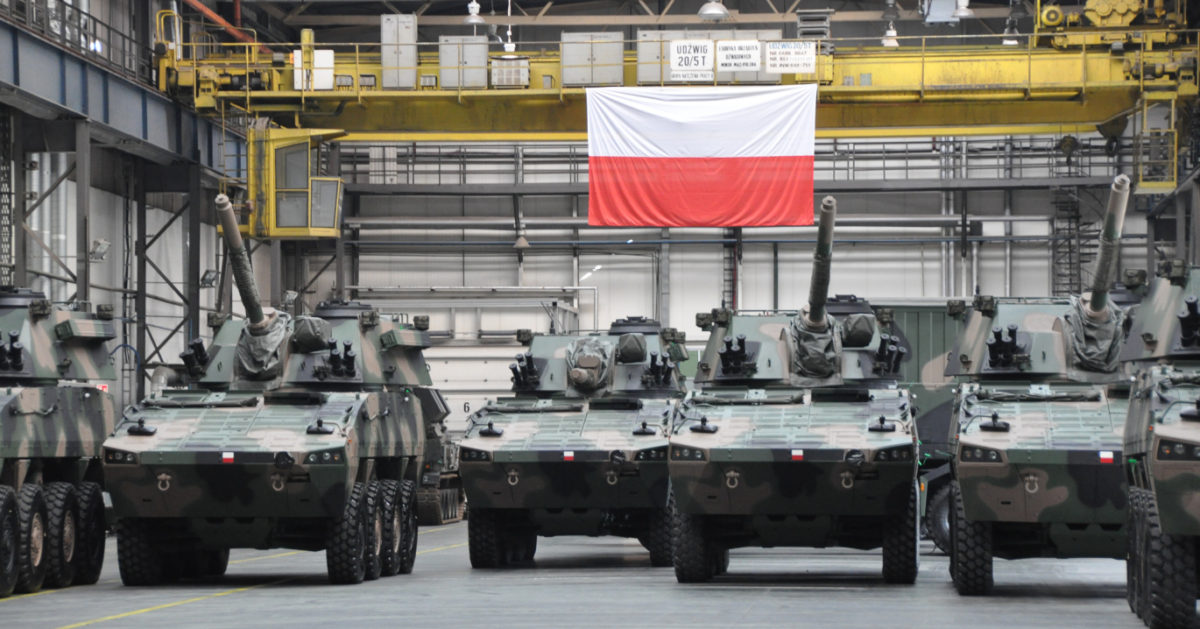 The Armaments Inspectorate has signed with Huta Stalowa Wola S.A. (belonging to Polish Armaments Group), a contract for the supply of mortars and command vehicles for Company Fire Modules 120 mm RAK self-propelled mortars in the years 2020-2021. This is another order this year directed by the Ministry of National
Defense to the Polish defense industry.

– RAK is a Polish construction, designed by Polish engineers, praised by commanders and users. Not only our soldiers, but also representatives of allied formations speak about it with admiration. This is not our last order in the Polish defense industry. Prospects for HSW as well as for the entire Polish Armaments Group are very good – congratulations on a job well done – said Mariusz Błaszczak, Minister of National Defense.

One RAK Company Fire Module consists of: 8 M120K self-propelled mortars, 4 Artillery Command Vehicles, an Artillery Armament Repair Vehicle, 3 Artillery Ammunition Vehicles and 2 Artillery Reconnaissance Vehicles. The new contract provides for the supply of components for two Company Fire Modules consisting of self-propelled mortars on a wheeled chassis and artillery command vehicles. It should be remembered that HSW carries out serial deliveries of ammunition vehicles and armament repair vehicles, as well as carries out development work in the field of acquiring artillery reconnaissance vehicles.

– We are finalizing the delivery of the eighth fire module as part of the implementation of the first contract for CFM RAK. Today we are signing another order for this product. We negotiated the contract within two months but we were preparing to submit an offer for some time. I’d like to thank everyone involved – the Minister of National Defense, Polish Armaments Group, employees of Huta Stalowa Wola and army representatives – summed up Bartłomiej Zając, president and CEO of HSW S.A.

Huta Stalowa Wola S.A. is the leader of a consortium which, under the 2016 agreement, has already delivered seven CFM Rak to the Polish Armed Forces. Artillery units were equipped with 56 copies of M120K and 28 command vehicles as well as 7 artillery vehicles for armaments repair. Until October 30 HSW S.A. will hand over the last eighth CFM RAK together with the artillery vehicle for armaments repair. Specialists from HSW S.A. trained dozens of users of new equipment in the Armed Forces of the Republic of Poland.

– Autonomy, strength and range of fire, mobility, rate of fire, full automation, increased crew safety are the characteristics of this equipment. We perceive today’s agreement as an expression of trust placed in us by the Armed Forces and the Ministry of National Defense in the supply of modern equipment that meets the needs of modern battlefield equipment. We believe that this cooperation will result in further orders placed in the Polish defense industry in the coming years – said Sebastian Chwałek, Vice President of the Management Board of PGZ S.A.

The technologies and solutions used in RAK have revolutionized artillery troops. The self-propelled mortar Rak has shifted the range of fire, while electronic recognition and communication, automation, navigation and process control systems have given new potential not only for effectiveness on the battlefield, but also for increasing the safety of soldiers.

Polska Grupa Zbrojeniowa (PGZ, Polish Armaments Group) is one of the largest defense groups in Europe. It brings together over 50 companies most important for the Polish defense industry: production and service facilities as well as research centers. It employs over 18,000 employees and reaches over PLN 5.5 billion in annual revenue. PGZ is a producer of innovative systems and solutions used by the Polish Armed Forces and allied formations.

Huta Stalowa Wola S.A. is a producer of military products in the following segments: artillery equipment (including autonomous, self-propelled and towed equipment), light armored wheeled and tracked transporters and engineering equipment. HSW S.A. has developed its own unique strategy consisting of offering and delivering products incorporated into complete fire modules. HSW S.A. also carries out cooperative activities, i.e. production of items and performance of technical services on the basis of technical documentation created or entrusted.