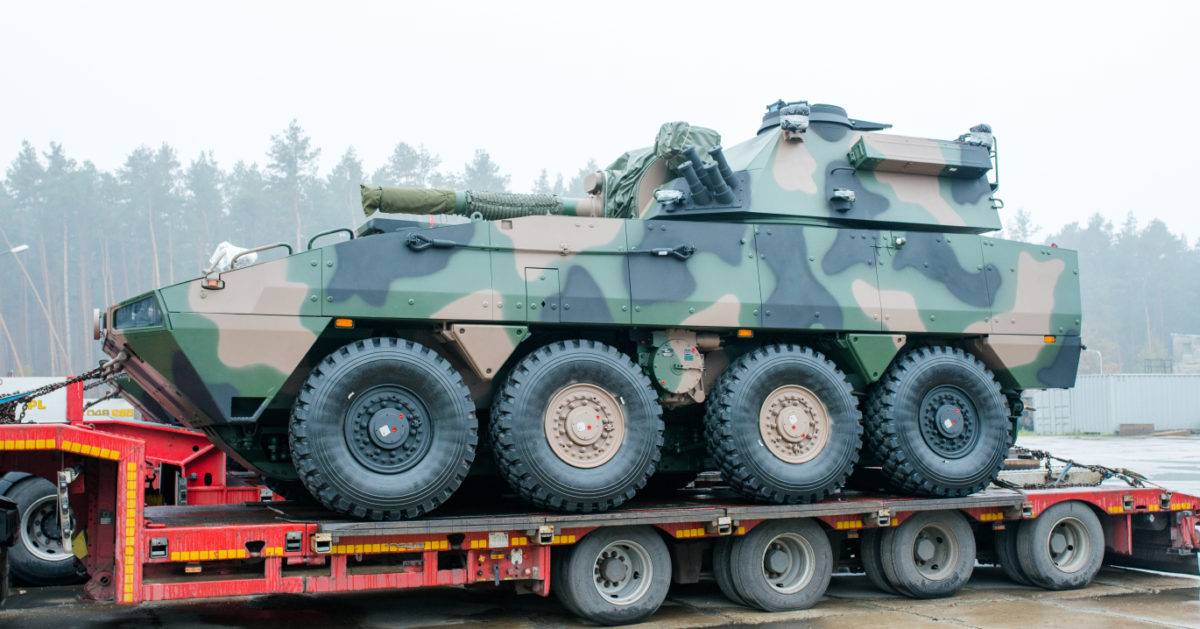 The second module of the self-propelled mortar RAK has set off on the 22nd of October 2017 from Huta Stalowa Wola S.A. into Poland. It is supposed to be delivered to the 12th Mechanized Brigade in Szczecin.

First elements of the company fire module of the 120mm self-propelled mortar RAK on a wheeled chassis were delivered to the 17th Wielkopolska Mechanized Brigade on the 30th of June 2017 by Huta Stalowa Wola. The delivery has initiated a series of new artillery equipment deliveries for the Polish Armed Forces.
The equipment was delivered without any delays and in accordance to the terms of the contract.

II company fire module consists of eight self-propelled mortars RAK on a wheeled chassis and four artillery command vehicles. Another three modules are going to be delivered in 2018, three more in 2019. All in all the contract covers the delivery of 64 mortars and 32 command vehicles with a total value of 960 million PLN.