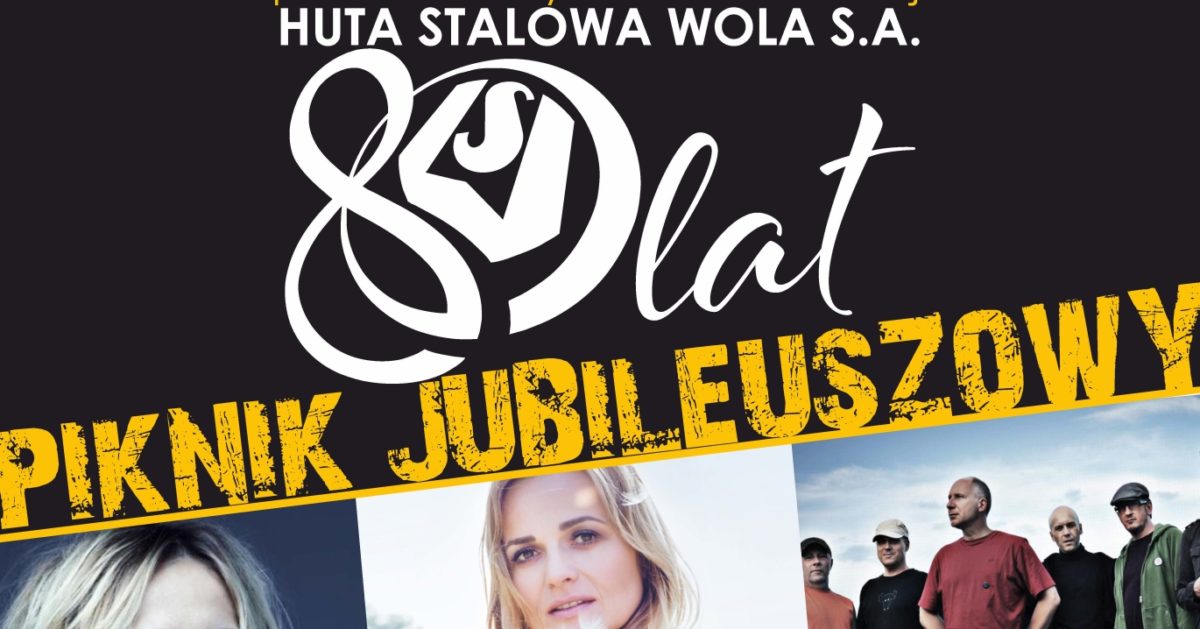 The Concert of Elektryczne Gitary, Goya, and Patrycja Markowska are just some of the attractions that the residents of Stalowa Wola can expect during the Jubilee Picnic organized on the occasion of the 80th anniversary of Huta Stalowa Wola.

We invite everyone on the 20th of May, 2018 to the square at the HSW headquarters!

The jubilee celebrations of the Huta Stalowa Wola were started by the Art Competition, which was held on the occasion of the 80th anniversary of the establishment of the company and was directed to students of grades IV to VII of primary schools and grades II-III of junior high schools from our city. Its aim was to make the young generation aware of the functioning of the oldest enterprise in our city and to enable them to develop fantastic visions in the field of technology and industry. The competition was organized by Huta Stalowa Wola in cooperation with the Municipal Cultural Center in Stalowa Wola. The exhibition of works can be viewed in the “Tło” Gallery until 23rd of  May this year.

The solemn celebrations of the 80th anniversary of Huta Stalowa Wola will begin with the Holy Mass starting at 10:15 AM, which will be celebrated in the Bazylika Konkatedralna (the Cathedral Basilica), for the intention of HSW builders and employees who have been working for the last eighty years for the Polish defense.

The musical setting of the holy mass will be provided by artists under the baton of Ewa Woynarowska.

The main attractions of the Jubilee Picnic will begin on the 20th of May, 2018 in the square next to the headquarters of HSW S.A. On the main stage, at 3:00 PM, the Stalowa Wola Orchestra will perform first. There will also be a performance of the State Music School.

During the Jubilee Picnic, special merits will be given to people who have been especially distinguished for the defense of the country and Huta Stalowa Wola S.A.

From 3:40 PM Elektryczne Gitary, Goya, and Patrycja Markowska will be performing.

Throughout the whole day the youngest participants of the picnic will be able to use inflatable slides, obstacle course, climbing wall and two fun animators.

For military enthusiasts, an exhibition of Huta Stalowa Wola SA products along with other attractions has been prepared.

We cordially invite you!