Order for additional Crabs for the military! 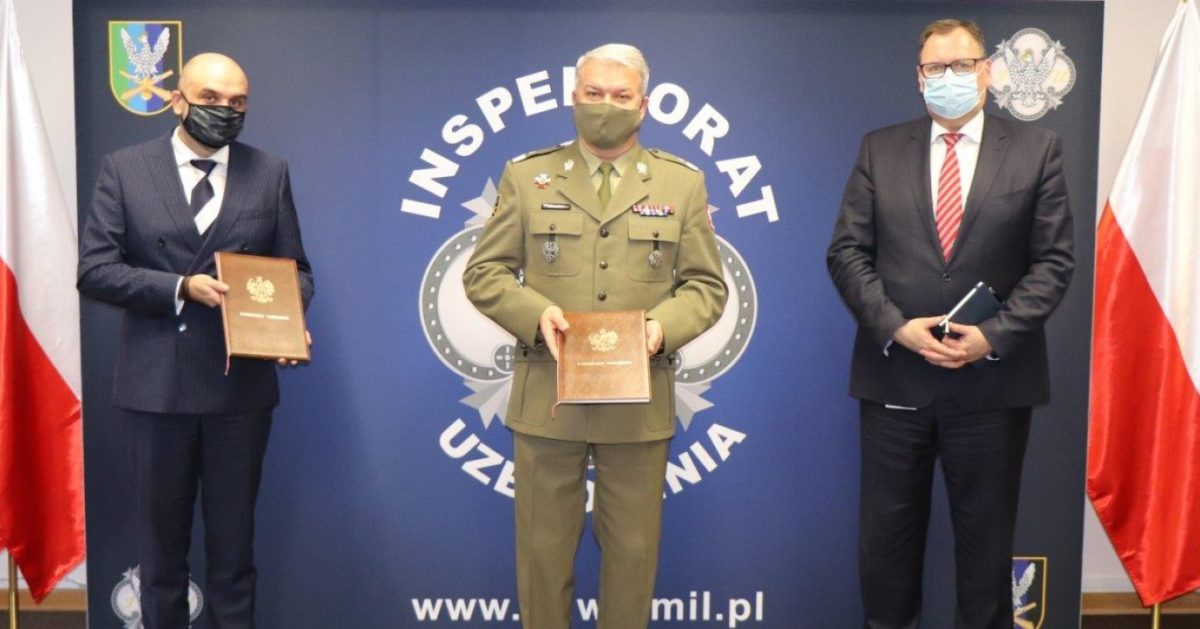 Thanks to the optimization of costs related to the current implementation of the REGINA program, the military ordered additional Krab self-propelled howitzers and accompanying vehicles. This is the result of successful cooperation between the Polish arms industry and the Ministry of National Defense.

On December 16, 2020, the Armament Inspectorate of the Ministry of National Defense signed with HSW S.A. an annex to the agreement of December 2016, under which the Company will produce and deliver two more self-propelled 155 mm Krab howitzers and accompanying vehicles. By the end of 2022, HSW will hand them over to the Artillery and Armament Training Center in Toruń along with other vehicles, including a command vehicle, an ammunition vehicle and the repair of weapons and electronics. The contract value will be approximately PLN 100 million. The amount was saved thanks to an internal efficiency audit carried out by HSW on the REGINA project. By the decision of the ordering party, the money was allocated to the purchase of additional weapons.

– The implementation of long-term programs is something that all companies affiliated with PGZ care about. This allows for a different, more cost-optimal and in terms of the use of production capacity, involvement of our plants. Therefore, among others we strive for the ministry to take into account a longer time perspective and larger amounts of equipment in its purchasing plans. The REGINA program is a good example of this. The savings obtained, which the Ministry of National Defense can spend on ordering additional equipment, is the result of a program set out for years – emphasizes the president of PGZ S.A. Andrzej Kensbok.

HSW S.A. at the beginning of December 2020, completed this year’s deliveries of sh Krab to the Polish army. The last howitzers and specialized vehicles this year, which were received by the 23 Silesian Artillery Regiment in Bolesławiec, will form the first and second batteries of the REGINA division fire module (DMO). It is the second of four DMOs contracted at HSW by the Ministry of National Defense in 2016 as part of the operational program – Modernization of the Rocket Forces and Artillery.

As part of the autumn and winter deliveries, artillerymen from Bolesławiec received a total of 16 155 mm sh Krabs, 8 command vehicles, 4 ammunition wagons and an armament and electronics repair vehicle. In 2021, HSW will equip the Bolesławiec artillery regiment with a complete division fire module, consisting of three batteries with 24 Krab self-propelled howitzers, 11 command subsystem vehicles (2 command and staff vehicles, 9 command vehicles) and 7 logistic subsystem vehicles (6 ammunition vehicles). and one armament and electronics repair car).

In 2020, HSW trained approx. 130 soldiers and artillerymen, future users of self-propelled howitzers and a whole family of specialist accompanying equipment.

The contract for the supply of four Regina DMOs (a total of 96 sh Krab fire units with specialized vehicles) was signed by HSW with the Armaments Inspectorate on December 14, 2016. This is the largest contract in history addressed to the Polish defense industry for the supply of weapons to the Polish Armed Forces. Pursuant to the contract, deliveries are to end in 2024.

– I am glad that the implementation of the REGINA program is going smoothly and according to the plan. It is very important for our plant, because it guarantees stability and operation for the coming years. It is not without significance that in addition to the equipment that goes to the units, we also train soldiers who are to use it. In this way, we improve the process of operating Krabs, top-shelf equipment – emphasizes the President of the Management Board of HSW S.A. Bartłomiej Zając.

The first DMO REGINA was delivered to the 11th Masurian Artillery Regiment back in 2017 on the basis of an implementation agreement concluded between Huta Stalowa Wola S.A. and the Armaments Inspectorate of May 12, 2008. The total number of guns under both contracts is 120.

HSW produces 155 mm barrels for the Krab howitzer and 120 mm barrels for the Rak self-propelled mortars. In 2020, HSW made further investments in modern machines in the area of ​​barrel processing and manufacturing, thanks to which the processing capacity of these key elements of the department is to be increased. The company is competent to produce barrels from 30 mm to 155 mm caliber and a barrel length of 9 meters.

At the beginning of 2020, Huta Stalowa Wola launched a robotic production line in the new hall for welding the bodies of the Krab howitzer chassis, infantry fighting vehicles and tower systems.

– We systematically increase our production competences, which allows us to provide an ever wider range of services. In addition to the above-mentioned Krabs, our showpiece is now the Rak mortars. The first Badgers will join them soon. Thanks to good management of the production process and our potential, we fulfill our obligations in a timely manner and at a high level – says the president of HSW Bartłomiej Zając.

President of HSW S.A. emphasizes that the company focused on the highest quality of its products, a high level of user service as well as timeliness and compliance with the delivery schedule. Production and deliveries were made in accordance with the concluded contracts. The already signed annex for additional equipment production proves that the adopted principles and operating strategy of the plant bring benefits.