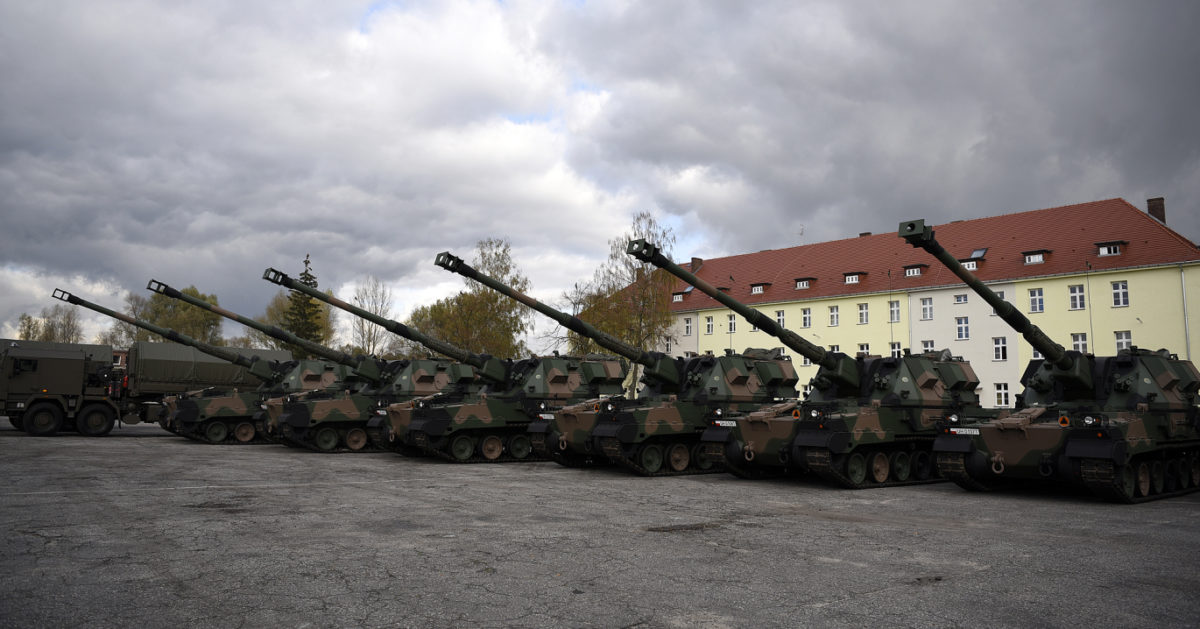 On October 30th this year on the territory of the military unit in Sulechów, in which the 5th Lubuski Artillery Regiment is stationed, there was an official admission to the equipment of the Polish Armed Forces of another
8 KRAB self-propelled howitzers with accompanying vehicles forming the third battery of the 1st Division Fire Module implemented under the Supply Agreement for four Division Fire Modules
to the Polish Ministry of National Defense.

Today, the elements of the division fire module are further examples of providing our soldiers with new, better equipment, and most importantly, produced in Polish factories. This is another delivery of modern “Krab” howitzers and accompanying vehicles for this unit. Thanks to it, we have a complete division of modern artillery in the Lubuskie Province – wrote Mariusz Błaszczak, Minister of National Defense in a letter addressed to soldiers.

The delivery takes place as part of the implementation of the agreement of 14.12.2016 concluded between Huta Stalowa Wola S.A. and the Armament Inspectorate. The contract, which exceeds PLN 4.5 billion, provides the Polish Armed Forces with four division fire modules codenamed REGINA and is one of the largest in the history of the Polish defense industry. The 3rd battery provided to the user together with the previous two constitutes the full first DMO. According to this agreement, Huta Stalowa Wola will provide another 3 fire modules.

KRAB 155 mm self-propelled howitzer is the highest class artillery equipment. The howitzer is designed to incapacitate and destroy: artillery and rocket artillery batteries, command stations, communications nodes and field fortifications, groups of tanks and motorized subunits, armored means deep inside enemy groups, and logistic support facilities. The howitzer also has the ability to fire directly at targets. It is characterized by a rate of fire of 6 shots / min with intense fire and a maximum distance of 40 km. Its equipment includes very precise inertial navigation system assisted by military GPS (with SAASM module), advanced fire control system, filtering ventilation system, modern, digital internal and external communication system, fire and explosion suppression system, day and night observation devices, warning system and self-protection system of a vehicle that detects radiation from rangefinders or laser illuminators and enables the smoke screen to be automatically positioned in the direction from which the radiation occurred, direct sight, ballistic radar and power generator. In addition to the 155 mm gun, it is equipped with a 12.7 mm machine gun and smoke grenade launcher (2×4).

At present, a total of 48 KRAB cannon-howitzers manufactured by HSW S.A. are already serving in the Polish Armed Forces, as part of the implementation of the contract of 2016 and the earlier so-called implementation agreement. Another 72 howitzers will be successively delivered until 2024.