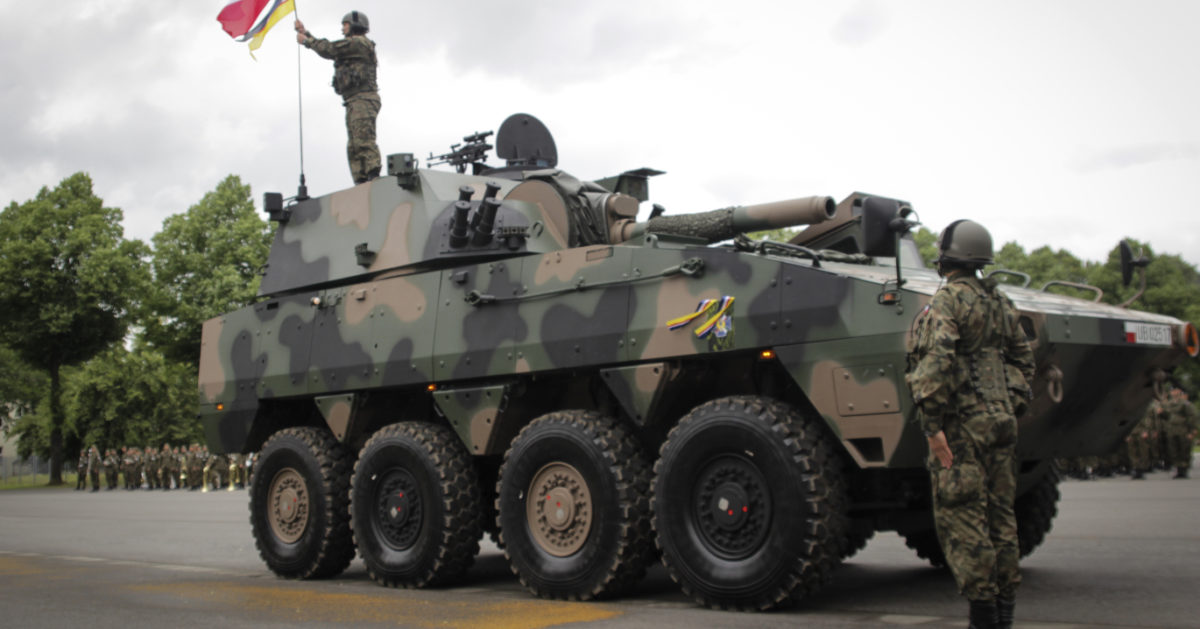 On June 30th 2017, the military base in Międzyrzecz, where the 17th Wielkopolska Mechanised Brigade is stationed, hosted the official handover of the elements of the first wheeled 120 mm “Rak” self-propelled mortar company fire module to the Polish Armed Forces. The event marked the beginning of artillery equipment deliveries to the Polish Armed Forces under the contract signed by the MoND Armament Inspectorate and the consortium of Polska Grupa Zbrojeniowa companies Huta Stalowa Wola S.A. (consortium leader) and Rosomak S.A.

The contract between the MoND Armament Inspectorate and the consortium formed by Huta Stalowa Wola S.A. and Rosomak S.A. was signed in April 2016 in the presence of Prime Minister Beata Szydło. The value of the contract is almost one billion zlotys and the procurement provides for delivering eight code-name “Rak” company fire modules for the Polish Armed Forces.