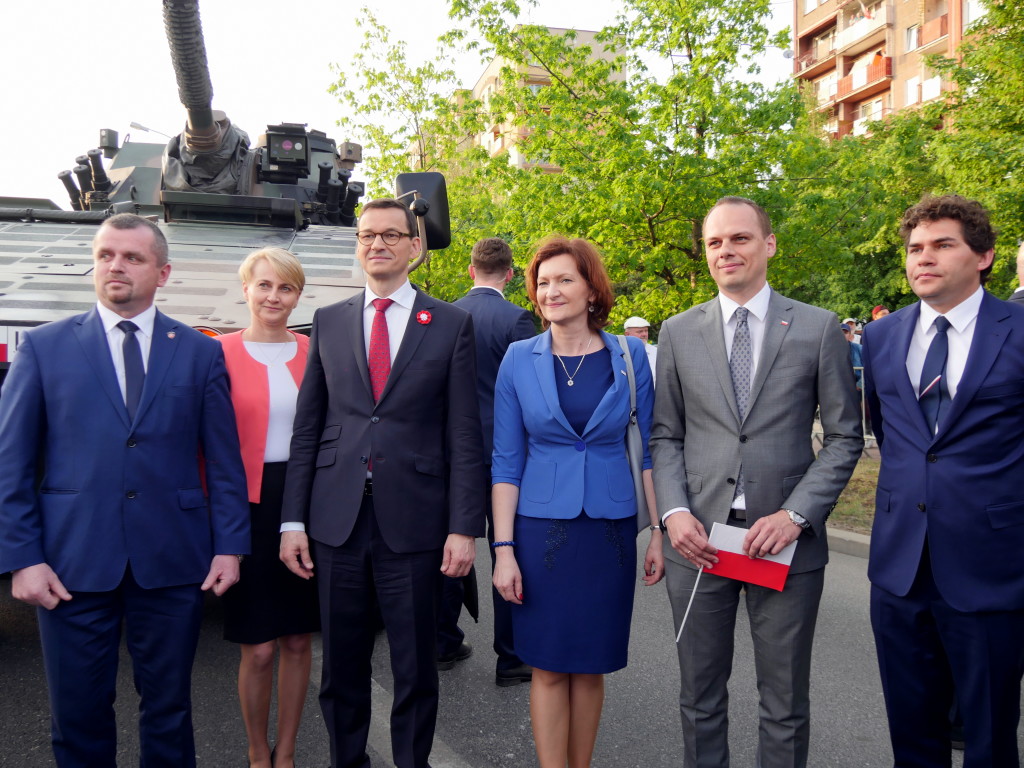 Prime Minister Mateusz Morawiecki together with the residents of Stalowa Wola solemnly celebrated the Flag Day on the 2nd of May. The visit of the Polish Prime Minister in Stalowa Wola was connected with the 100th anniversary of Poland’s regaining independence and the 80th anniversary of the foundation of the city and the launch of the Southern Works – today’s Huta Stalowa Wola. On the occasion of the celebrations of the 80th anniversary of Stalowa Wola, HSW has presented its flagship, state-of-the-art products: self-propelled howitzer KRAB, self-propelled mortar RAK, 30mm USSW (remote controlled tower system) and the latest research and development work – a new amphibious infantry fighting vehicle BORSUK. Presentation of the equipment was made by Huta’s representatives present at the event. Prime Minister Morawiecki watched with interest the modern weaponry from HSW, which starts celebrating its jubilee in a few days.