SPH KRAB goes to the Army! 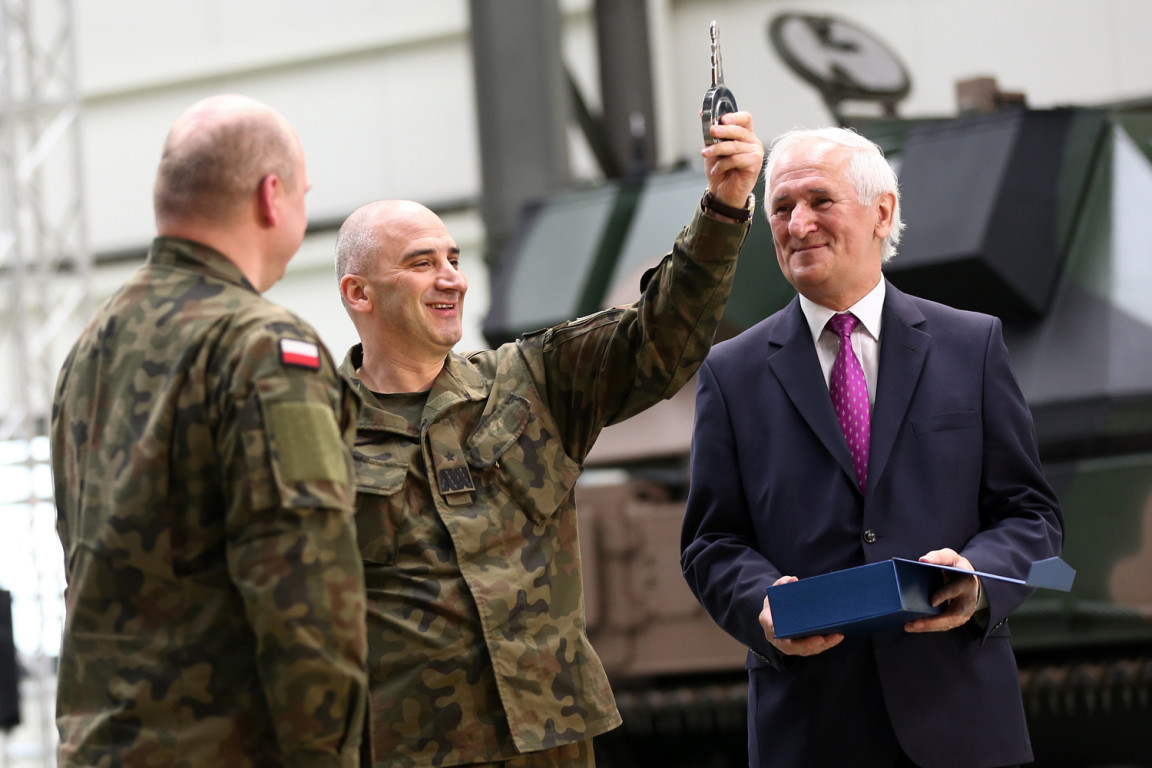 On 28 April 2016, in HSW S.A. a special ceremony took place: symbolic keys to the new 155 mm SPH KRAB were passed to the howitzer’s final User. Keys were handed by Mr. Antoni Rusinek, President of the Board and General Director of HSW SA and by gen. Adam Duda, Chief of the Armament Inspectorate, MoD. The receiving side was represented by col. Jacek Wera, Commander of the 11th Mazury Artillery Regiment.
Another important part of the event was the ceremony of granting certificates confirming the completion of the training to the Regiment’s soldiers.

The first two 155 mm SPH KRAB have just gone to the User. Performance tests, completed with a more than satisfactory outcome, allow the beginning of the serial supply of KRAB howitzers to the Polish Armed Forces.