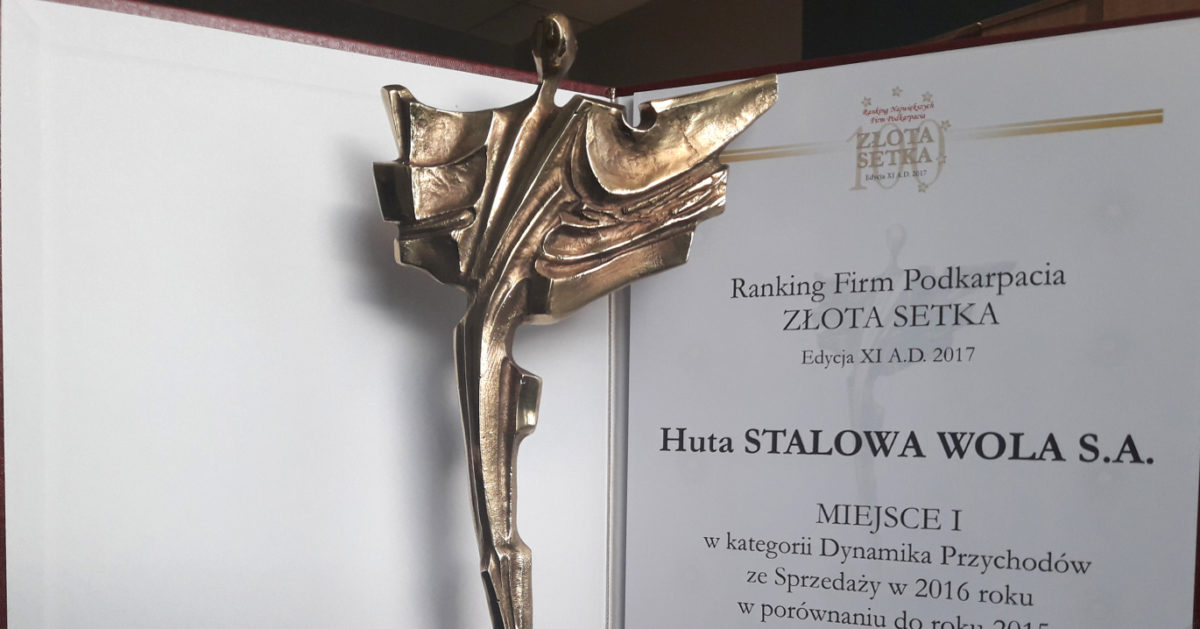 For the 11th time, Złota Setka Firm Podkarpacia (the golden hundred of Podkarpacie’s companies) organized by Nowiny, with the scientific and research cooperation of the Małopolska Economic Institute awarded the best Podkarpacie companies with prizes and awards. The Gala was held on September 27th 2017 in G2A ARENA Exhibition and Congress Center in Jasionka.

Huta Stalowa Wola S.A. as the leader has increased its revenue by 233 percent.

Złota Setka Firm Podkarpacia has been an important source of information about the condition and development of businesses in our region for years. The ranking shows among others the state of development of different economic sectors in Podkarpacie region.