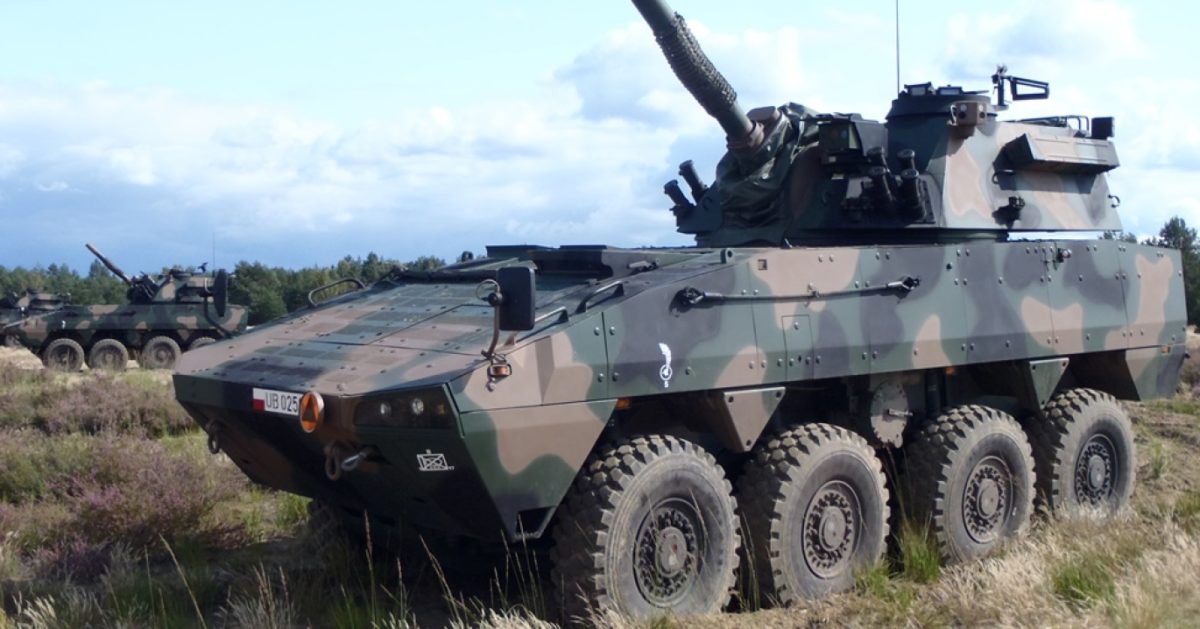 On June 30th , according to the contract between HSW S.A. and Ministry of National Defence Republic of Poland in the headquarters of 17th Wielkopolska Mechanized Brigade in Międzyrzecz, the elements of the first company fire module of 120mm self-propelled mortar ‘RAK’ on a wheeled chassis were officially received. The equipment has returned to its home for the first combat shooting of 120mm self-propelled mortar ‘RAK’ in Nowa Dęba Land Forces training Centre.

The training, conducted for the first time using combat ammunition and in conditions similar to the realities of a battlefield, took place in the presence of Huta Stalowa Wola’s representatives.

During the fire training the artillerymen from the 1st motorized infantry battalion performed the tasks using direct fire meaning shooting at visible targets and indirect fire from covered fire stations. The soldiers fired using a single cannon, platoon and the whole company which allowed the company’s commander to check his subdivision and make them cooperate with each other.

It is worth recalling that the contract between MoD’s Armaments Inspectorate and a consortium of HSW S.A. and Rosomak S.A. was signed on April 28th, 2016, in the presence of Prime Minister Beata Szydło in Huta Stalowa Wola. The contract’s value is close to one billion zlotys and the order includes the delivery of eight company fire modules ‘RAK’ for the Polish Armed Forces.