The football team from HSW S.A has won! 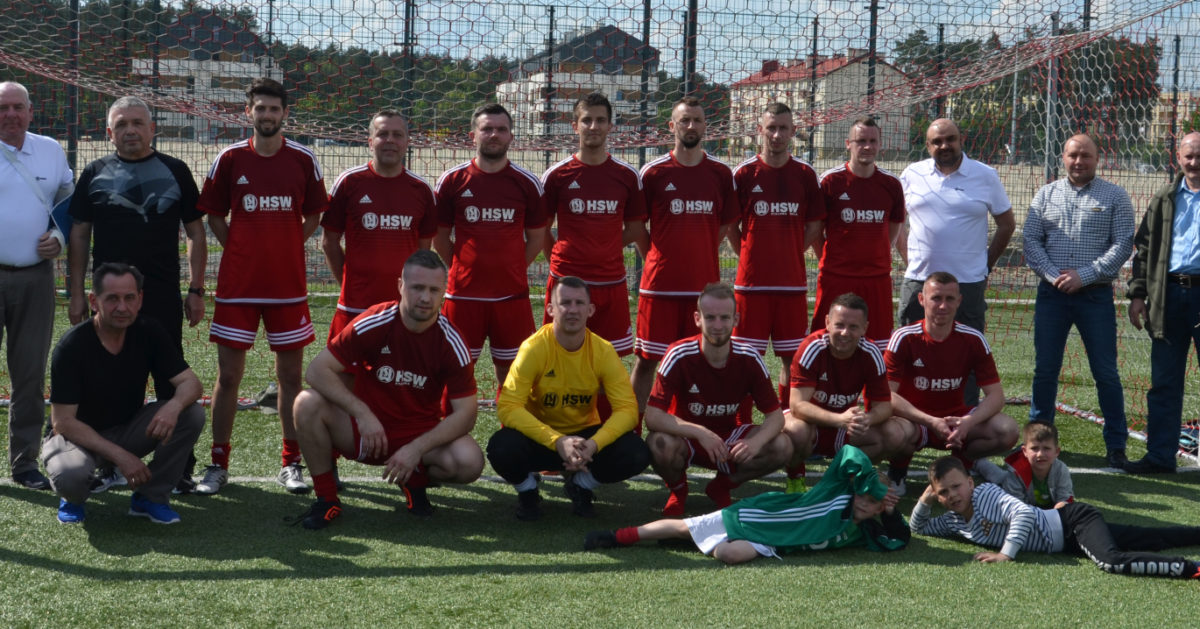 Last Saturday, May 11 this year in Stalowa Wola, in the area of the Municipal Sports and Recreation Center,
the Football Tournament of Armaments Works took place. The tournament was organized by the Independent Self-Governing Trade Union “S” HSW together with the Inter-Enterprise Trade Union of Workers of HSW
and the Board of Huta Stalowa Wola S.A.

Our team took the well-deserved first place. In the decisive game HSW S.A. won with the team MESKO Skarżysko-Kamienna with a 6: 3 result.

Team from HSW S.A. provided the fans with sports emotions at the highest level, demonstrated the fighting spirit and the will to win, which translated not only to the interesting football spectacle, but above all to the high win result.

We congratulate all athletes and supporters and wish them further successes in upcoming football events.