THE MOST RANK COMMANDER OF THE POLISH ARMY ON A VISIT TO HUTA STALOWA WOLA S.A. – PHOTORELATION 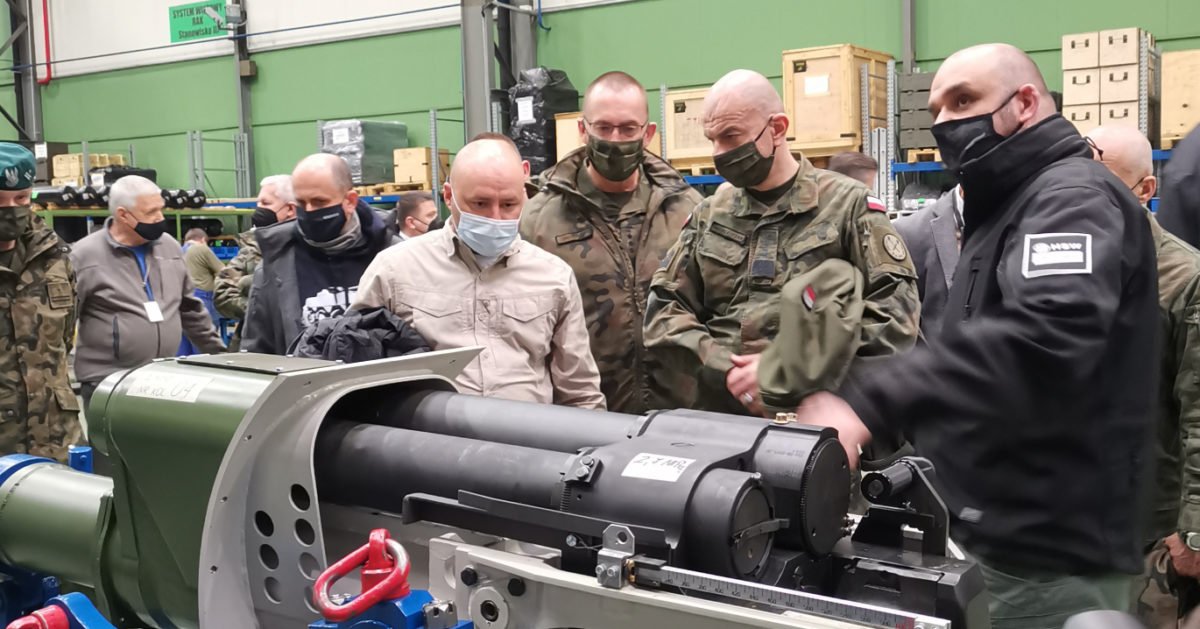 The meeting started at the training ground in Nowa Dęba with a dynamic show of the Remote Controlled Tower System (ZSSW-30) integrated with the Rosomak APC. It is currently one of the most important and technically advanced projects developed by the Polish defense industry. Bartłomiej Zając, president of the management board of HSW, discussed the completed scope of qualification tests for the unmanned turret. At the end of 2020, the system underwent key tests, during which the fire capabilities of the system with a 30mm cannon and Polish observation and sighting devices as well as ATGM launchers using the Spike LR missile were tested.

– Won long-term contracts for military equipment and extensive research and development competences have resulted in a dynamic development of Huta Stalowa Wola in recent years. Barrel and rocket artillery, turret systems, and in the near future also infantry fighting vehicles, which is what the plant offers today, shows its versatility in creating technology for the Polish Armed Forces. The implementation of contracts for the Ministry of National Defense is a source of pride for us and a motivation to continue working for common security – said Dariusz Gwizdała, member of the management board of PGZ S.A.

– The opportunity to present to the highest-ranking commanders of the Polish Army our involvement in the development of missile and artillery capabilities, as well as for armored and mechanized troops is very valuable to us. We always listen carefully to the users of our equipment. It is valuable that thanks to such a presentation we can also show new directions of our development research and consult professionals – said Bartłomiej Zając, President of the Management Board of Huta Stalowa Wola S.A.

The second part of the visit included a presentation of the plant’s production capabilities and an overview of the advancement of the modernization programs of the Polish Armed Forces implemented at HSW. Representatives of the General Staff and commands also had the opportunity to learn about the work carried out with the participation of HSW in the production and assembly of M903 rocket launchers for two PATRIOT system batteries under the WISŁA program.

HSW carries out priority projects in terms of the development of missile forces and artillery capabilities. Since 2016, it has been providing, among others DMO REGINA, KMO 120 mm on KTO, develops sm RAK on tracks from its own resources and conducts development work on sh Kryl. It also carries out two key R&D programs regarding files, the development of the first ZSSW-30 remote turret system in Poland, and the already advanced research on the new Borsuk floating infantry fighting vehicle. These are not the only projects currently being developed at HSW. In Stalowa Wola, the light variant of the ZSSW-30, the 122mm Langusta-M rocket artillery, and the BAOBAB-K mine-mining vehicle are also being developed. HSW plans to expand its offer with 4×4 vehicles for military purposes.