The RAK contract has been signed! 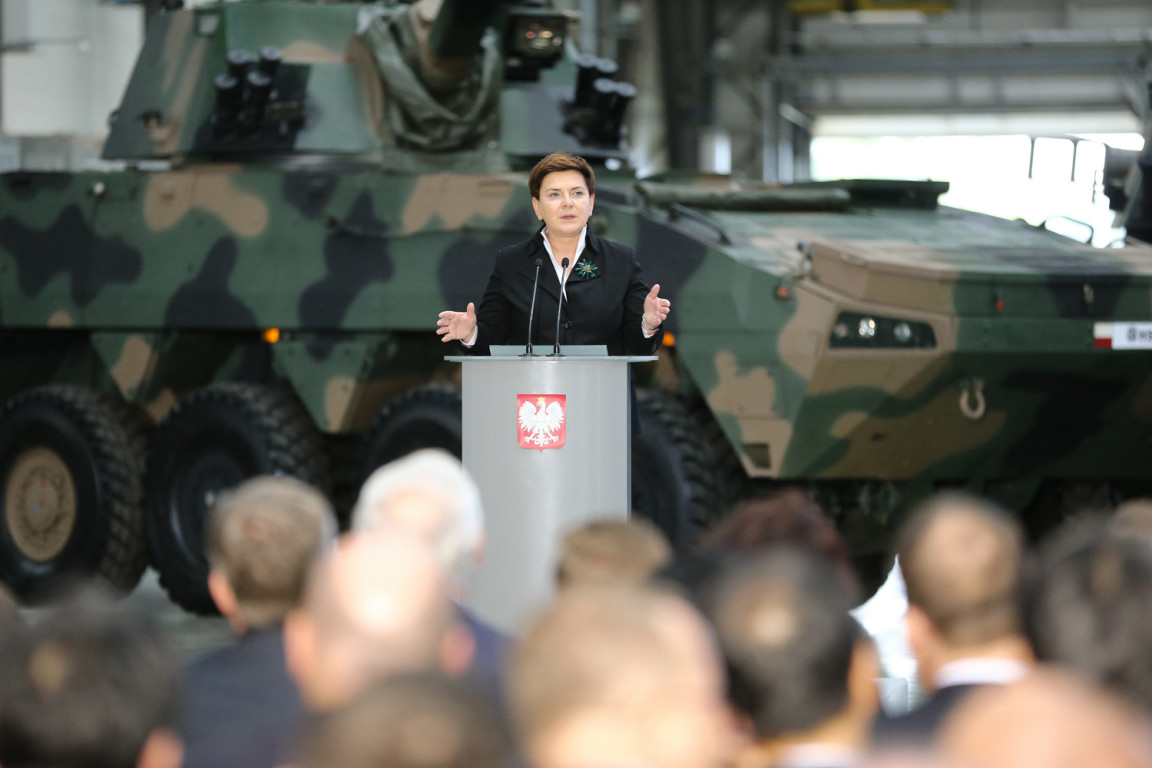 On 28 April 2016, in the presence of the Prime Minister, Mrs. Beata Szydło the contract for the supply of self-propelled mortars RAK to the Polish Army has been signed. Under the contract, HSW shall provide 64 self-propelled (wheeled), 120-mm RAK mortars and 32 Artillery Command Vehicles: all of the above-mentioned products supplied as components of the “Artillery Company Unit of 120 mm Self-Propelled Mortars”.
The Agreement was signed by Mr. Antoni Rusinek, President of the Board and General Director of HSW SA, Mrs. Lidia Kołodziejska, Member of the Board and HSW S.A. Financial Director and gen. Adam Duda, Chief of the Armament Inspectorate, MoD.