The third Artillery Company Unit RAK has set off for Poland 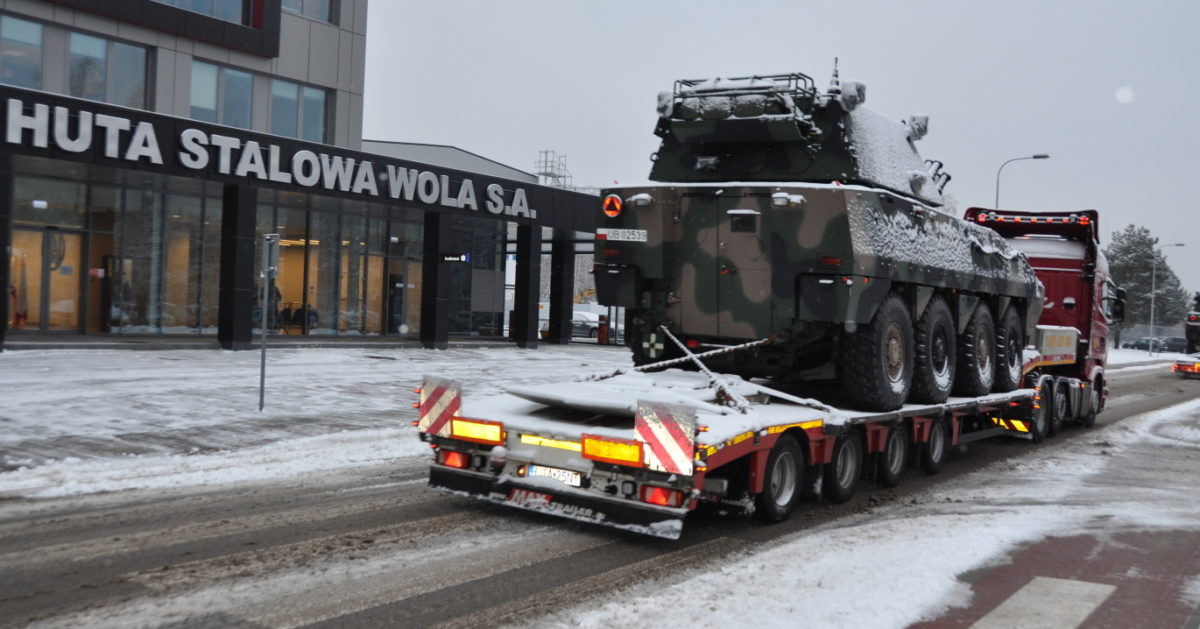 The third module of a wheeled mortar RAK has set off on 22nd of January 2018 from the gates of Huta Stalowa Wola S.A. It is supposed to go to the 15th Giżycka Mechanized Brigade.

According to the contract more modules are going to be delivered in 2018, consecutive ones in 2019.

First elements of artillery company unit  120mm self-propelled mortar RAK on a wheeled chassis Huta Stalowa Wola has delivered on 30th of June 2017 to the 17th Wielkopolska Mechanized Brigade. The delivery has started a series of deliveries of new artillery equipment for the Polish Armed Forces. The equipment has been delivered without delay, according to the terms of the contract. Second artillery company unit has been delivered to the 12th Mechanized Brigade in Szczecin.

‘For us, as the producer, it is another important day in the history of our company. According to the contract signed in April 2016, we deliver the third artillery company unit to the Polish Army without delays. We carry out an important contract for us and one of the largest in the Polish defense industry. We provide equipment in accordance with the contract, without delay. This contract marks the path of positive changes in our company’ – concludes Bernard Cichocki, President of the Management Board of HSW S.A.