Visit of the General Commander of the Armed Forces at HSW 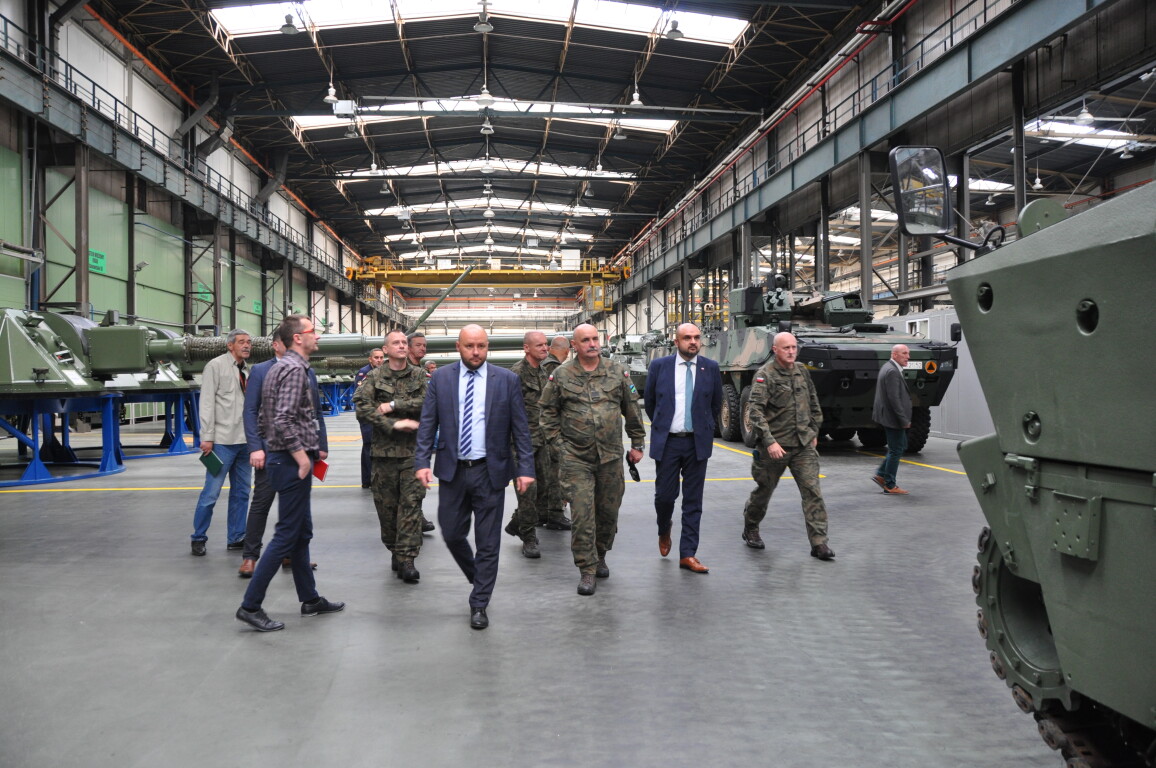 6 July Huta Stalowa Wola S.A. hosted the Commander-in-Chief of the Armed Forces Gen. Jarosław Mika, the Inspector of Kinds of Armed Forces, Maj. Gen. Sławomir Owczarek and the head of the Board of Aeromobile and Motorized Forces in DG RSZ, gen. Brig. Sławomir Dudczak. The visit was an opportunity to discuss the programs implemented at HSW for the Polish Armed Forces.

The visit included a presentation of the production capacity of the plant and the advancement of modernization programs of the Polish Armed Forces implemented at HSW. The presentation was led by the President of HSW S.A. Bartłomiej Zając. The Commander-in-Chief of the Armed Forces and the delegation also had the opportunity to familiarize themselves with the projects of the Remote Controlled Tower System (ZSSW-30) integrated with the KTO Rosomak, the New Borsuk Floating Infantry Fighting Vehicle, work on the light tracked chassis and the BAOBAB-K mining vehicle. The presented prototypes are the results of the R&D programs implemented at HSW, especially the two key ones concerning the development of the first remote turret system in Poland and the new Polish infantry fighting vehicle.