Delegation of the Operational Command of the Armed Forces in Huta Stalowa Wola S.A. 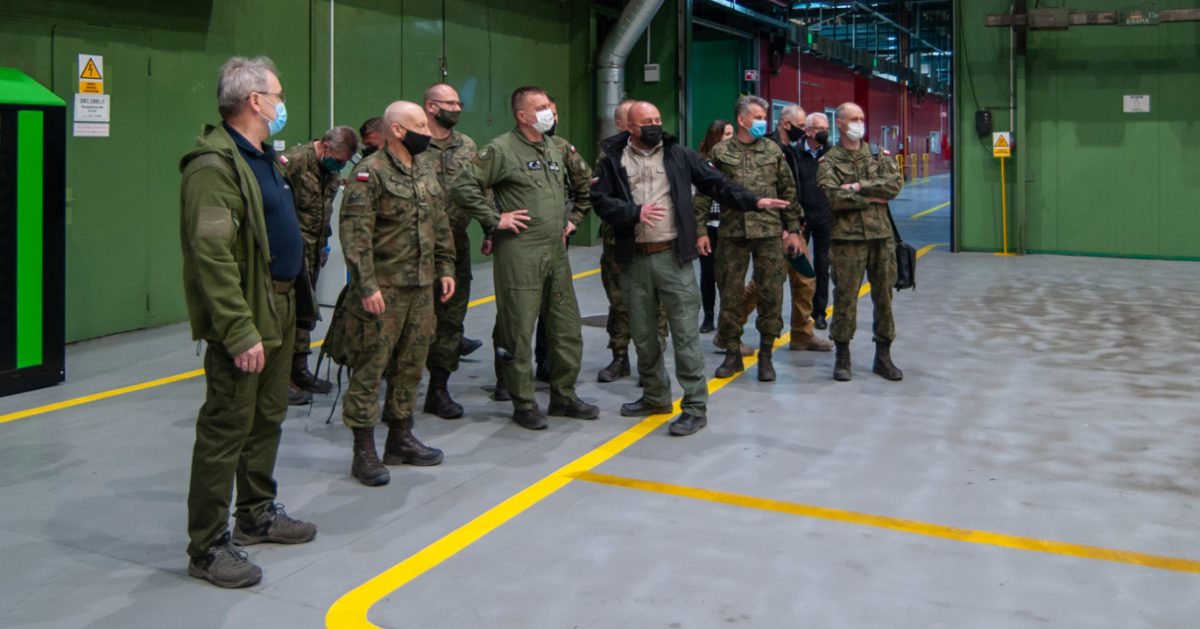 The meeting started at the training ground in Nowa Dęba with a dynamic show of the Remote Controlled Tower System (ZSSW-30) integrated with KTO Rosomak and NBPWP Borsuk. ZSSW-30 is currently one of the most important and technically advanced projects carried out by the Polish defense industry. At the end of 2020, the system underwent key tests, and in the middle of the year, HSW S.A. will complete the development work, which will open the way to start production and deliveries to the Polish Armed Forces.

– We are glad that once again we have the opportunity to present to specialists from the Polish Army new directions of our development research and to present HSW’s commitment to the development of missile and artillery capabilities as well as armored and mechanized troops. – said Bartłomiej Zając, President of the Management Board of Huta Stalowa Wola S.A.

The ZSSW-30 is one of the world’s most modern unmanned systems in its class. It is designed to combat light and heavily armored targets and other enemy objects, including its infrastructure, and to support fire units during combat operations. Thanks to the advanced fire control system and optoelectronics, the ZSSW-30 is adapted to operate in various climatic conditions, regardless of the time of day. The project was created with the dominant involvement of the Polish defense industry, it is the result of cooperation between Huta Stalowa Wola and the private defense industry.

The second part of the visit included the presentation of the production potential of the plant. President of HSW S.A. also discussed the participation of Huta Stalowa Wola S.A. in the modernization programs of the Polish Armed Forces.