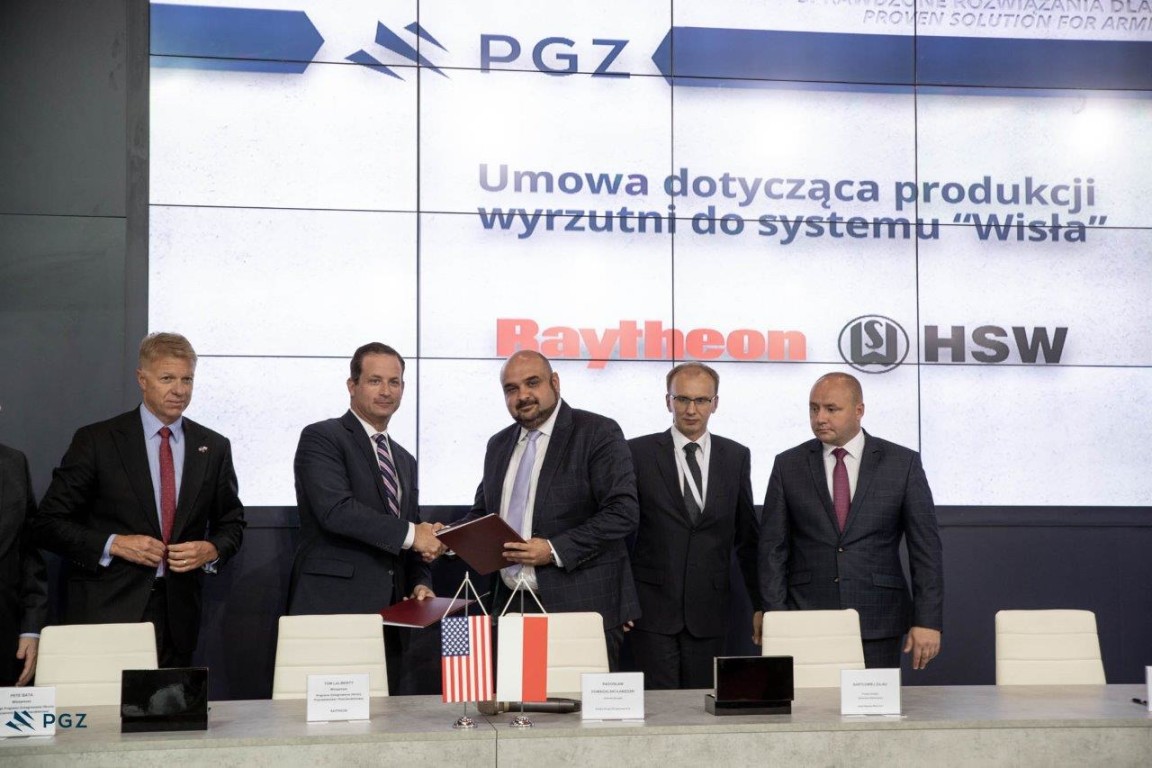 Huta Stalowa Wola S.A., a member of the Polish Armaments Group and the American concern Raytheon Integrated Defense Systems signed on 27 February 2019 a Letter Subcontract, enabling the actual implementation and production of 16 rocket launchers, basic elements of the Wisła anti-aircraft and missile defense system. Based on this contract document, the parties agreed on July 11, 2019, the final conditions for the performance of the subject of the contract as part of the Foreign Military Sales (FMS) process  commissioned by the US government.

– Signing the contract inaugurates the stage of launching production of rocket launchers in Poland, on which the “Wisła” system will be based. Due to the increasingly advanced cooperation with Raytheon, the Polish Armaments Group is becoming an integral part of the Raytheon global supply chain in the Patriot system. We acquire production capacity enabling us to deliver key equipment for the Polish Armed Forces, and in the future also for other customers, ”said Radosław Domagalski-Łabędzki, a member of the management board of PGZ S.A.

In the first phase of the Wisła program HSW S.A. and other companies included in PGZ will receive technology and know-how enabling significant participation in the production of the launcher and its components. Batteries delivered to Poland will be equipped with launchers that will be built in the national defense industry. The transfer of technology and knowledge will also reduce costs incurred throughout the lifecycle of the launcher systems, as the PGZ Group companies will be responsible for operation and modernization. M903 launchers will also be included in Patriot systems manufactured for other countries, which opens for PGZ and Huta Stalowa Wola new opportunities as qualified Raytheon suppliers.